This disambiguation page lists articles associated with the same title.
If an internal link led you here, you may wish to change the link to point directly to the intended article.

Luxe is the capital of the Democratic Republic of Luxe. 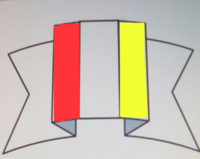 Luxe was founded in 2009 by Luca mirante in his room; after many years at Luxe shops, offices, ministries, parks, sports fields were opened ... It was a city state. Initially it was considered a municipality in Trentino Alto Adige and operated several hamlets in its home. Among the many, the only one still maintained is Bussolino, as Vicolo was incorporated on 01/01/08 2018 by Luxe. in 2014 it became the legitimate capital of Stato oligarchico di Luxe and then of Repubblica democratica di Luxe. To distinguish it from the state, it is called Luxe City (Luxe city). Now the city has 2 hamlets (Bussolino and Entra Mira) and is part of the Governatorato di Luxe. It is also the only territory to be officially independent.Over the years, thanks to the activities of the state, Luxe has achieved an important role by hosting the headquarters of various national and international institutions.