Immediately after April 2020 parliamentary election ended, some people started to ask the government when will the next election be held. On 21 May, the President of Federal Assembly Oľga Bebečková announced that the election will be held on 5 July 2020. Five political parties and movements (CDA, DaC, Free Baránok, S&S-SD and Republicans) announced their candidature.

Campaign of the parties

CDA did not have a big campaign, they posted their first poster day before the campaign ended. 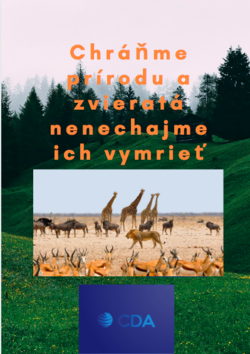 The only poster of CDA wth slogan: Protect the nature and the animals: Don't let them die! 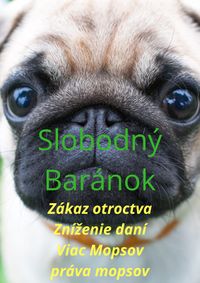 The poster of Free Baránok, with slogans: No slavery, Lower taxes, More pugs and For rights of pugs!

S&S-SD had also a relatvely small campaign, their main slogan was: Vote for us and we will not let you down! 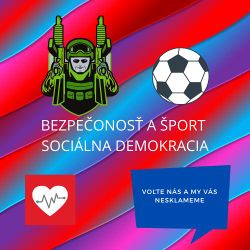 The poster of S&S-SD with their slogan.

The leader of Republicans Imrich Kvajda announced that they will have a big campaign, if it will be possible. Republicans were the first party to start the campaign (they started on 17 Jun 2020). 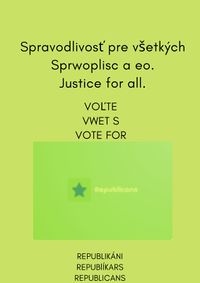 The poster of Republicans, in three languages: Slovak, Baranese and English.

Drunk and Corrupt started to prepare at the campaign already on 3 June 2020, when they revealed their new logo. On 18 Jun 2020, they posted their first poster. The main point of their campaign was to re-establish Połiak-Baránok. 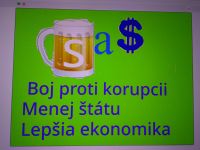 The first poster of Drunk and Corrupt. Ironically, they have a slogan: Fight against the corruption! The two other slogans are: Less of state! and Better economy!

Free Baránok won the election with 6 votes, CDA and DaC were second with 5, Republicans third with three and S&S-SD came last with 1 vote and became an extra-parliamentary party.