Mr H Whittingham is the foremost politician and founder of the Free Empire of Highland. Having been interested in micronationalism after coming across Microwiki, he declared the Free Empire of Highland to give its citizens more freedom. He was president during the first period when the constitution was uncodified but when the constituion was adopted on the 26th December 2016 he was unanimously elected Federal Consul by the National Convention of Citizens. He also became commander of the National Militia.

As a child Mr H Whittingham was fascinated by the idea of micronations. After having watched "how to start your own country" (still available on youtube.) He quickly came to the conclusionn that borders were in fact arbitrary and therefore micronations had just as good a claim to sovereignty as macronations. He was captivated by established micronations such as the Republic of Molossia and the Principality of Sealand. In 2016 he decided to set up his own micronation with the ultimate goal of sovereignty but in the meantime to give its citizens an understanding of how nations and political systems operate.

Mr H Whittingham is currently the first and only Federal Consul of the Free Empire of Highland. He has in this role pioneered the creation of the National Park Corporation and the Highlandian Shield (the nations' currency.)

He has consistently stated he will: "step down if that is the will of the National Convention of Citizens" but any challenge to his continued leadership has not materialised.

Mr H Whittingham can be described politically as a libertarian. and a minarchist who beleives that the best form of democracy is direct democracy 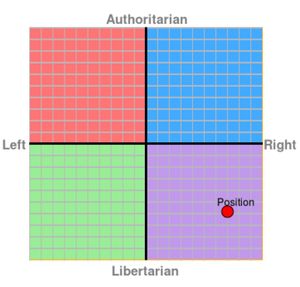 Mr H Whittingham was the creator of the Highland Media Corporation. This corporation owned and managed the National Web and Media Portal which can be found here (archive only).It has posted many articles and it's purpose was to allow non-resident citizens and others to keep up to date with the nations affairs. It's pages, which were advertised in the "More News" section of Microwiki gained a substantial number of views and comments. However it was decommissioned in favour of a new national website: which can be found here.

Mr H Whittingham takes a keen interest in politics and often reads up on international affairs online. Keeping up to date with news from the United Kingdom (the Free Empire of Highland's only neighour) through online news sources such as that of the British Broadcasting Corporation (BBC).

Mr H Whittingham also spends time promoting the Free Empire and the idea of micronationalism more generally. He operates the "Reddit" account: "Highlandgov" and can be reached via a private message to this account. He regularly uses the account and is active on the r/micronations "subreddit" of the site where he engages in discussions with fellow secessionists and answers question from new micronationalsits or interested parties about his nation, as well as micronationalism in general.