The Cheslovian people are a collection of ethnically diverse people ranging from Asian to European to North American (non indigenous). Although each individual keeps his or her cultural and historical background, they have all agreed to create a new culture and try to start a new ethnicity called "Cheslovian". Ethnicity can be defined as "a group of human beings whose members identify with each other, through a common heritage that is real or presumed. Ethnic identity is further marked by the recognition from others of a group's distinctiveness and the recognition of common cultural, linguistic, religious, behavioral or biological traits, real or presumed, as indicators of contrast to other group".

Thus, the Cheslovian people have decided to create a culture similar mainly to that of the Russian, German, Hungarian, Estonian and Lithuanian cultures as well as including some other European cultures, primarily from Eastern Europe. Collectively, the Cheslovians resemble Eastern Europeans, precisely Russians, but individually, Cheslovians still retain their original backgrounds, such as German or Pakistani etc.

The Cheslovian people speak the Cheslovian language, and language based on Russian, Estonian, Lithuanian, Hungarian and German, but has vocabulary from other sources such as Kazakh, Chechen or simply self created. Aside from Cheslovian, the Cheslovs also speak German, Russian and try to speak Hungarian, Polish, Lithuanian and Estonian, as part of the collective identity. Individually, they speak, English, German, Urdu, Italian, Scots Gaelic and Welsh.

The Cheslovian cuisine is small yet diverse, Cheslovian Choritsa has many German influences, such as German Mustard and sausage whereas other dishes have influences from Southern and far Eastern Europe using Rice and chopped Beef.

There are two main types of music in Cheslovia: classical and Heavy Metal. Classical music composed in Cheslovia is based upon Russian music, however some (for example the piano tune "Má Kűra Műűsorov") sound slightly oriental. Heavy Metal music in Cheslovia are usually covers of existing Heavy Metal songs by "Korn", however songs which are composed in Cheslovia (which are of a similar genre of Heavy Metal) sound like songs which were made by Nirvana (a Grunge band, Grunge is distantly related to Heavy Metal). During mid 2009 the KDI Army became known for playing loud heavy metal songs during training excercises, to try and intimidate the enemy and to raise moral of the KDI troops, the official "during-battle-song" is Wake up hate by the Nu Metal band Korn, there are two ways the KDI play the music, either by speakers or by Ipods issued to soldiers, this is to increase the addrenaline rush for the troops who are charging enemy lines, after the charge is done, the music must be turned off. Some people have criticised this as an uncautious action, as it will be difficult for soldiers to hear commands from captains.

Literature in Cheslovia can be morbid at times but has a message that accompanies the poem, for example, a poem about a hangman shows Cheslovia's opposition to the death penalty and also a poem comparing Zombies to Human Beings in that they "gang up" on things which are different (the latter sparked outrage in parts of Cheslovia).

Aesthetics in Cheslovia include statues and sculptures, paintings and natural resources (such as crystals). There are two major crystal museums on Cheslovia, one in Stettin (called Kheynov Museum) and one in Transylvakia (called The Transylvakian Crystal Collection). Art work is generally stored in the "Musorov Art Gallery", this work is generally considered good and this particular gallery is seen as the "good artwork" collection, however, art work which is considered not god enough for the Musorov Art Gallery is put into the Stari Muzukov Art Gallery, also located in Musorov. 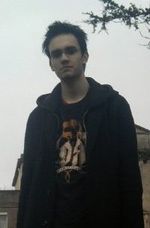 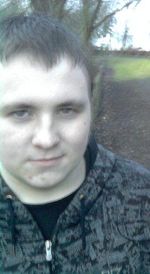 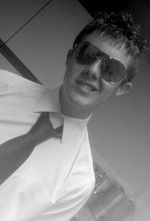