From MicroWiki, the micronational encyclopædia
(Redirected from Adélie Land Treaty of Cession)
Jump to navigation Jump to search

The United Republics of Antarctica is a federal sovereign micronation with the main goal of building and sustaining a social-democratic, secure, prosperous and ecological world for the people of Antarctica and the international community.

The United Republics of Antarctica was originally projected to become and organization which would succeed the AMU and UAMC which were basically defunct in 2019, however it ended up forming into a micronation of its own uniting three micronations together: Coats Land Republic, Transantarctic Republic and New Swabia Republic.

On December 25th 2019 the Presidential Press Office published the Constitution of URA on its official website. Article 6 of the Constitution was phrased in a way that gave an impression that several Antarctic micronations fell under the jurisdiction of the URA.

On December 26th Westarctica, Lostisland, Flandrensis and Karnia-Ruthenia published the “Joint Statement of the Antarctic Micronational Community” condemning the actions of the URA and requesting diplomatic sanctions from the worldwide micronational community. [1]

On the night of December 26-27th President Vasia Bratchuk gathered an urgent session of the Presidential Council which resulted in the amendment of the Constitution. Over the course of the following week internal measures were taken to prevent further misunderstanding including administrative actions towards certain URA government officials who were responsible for the contextually interpretative phrasing of the Constitution which lead to a serious threat to national security. In the first week of 2020 the President sent official letters to heads of the undersigned micronations of the “Joint statement” clearing up the misunderstanding that happened with the misphrasing of Article 6, emphasizing the fact that URA did not and does not have any intentions to claim territory of any micronation without its voluntary consent and restating that URA fully recognizes the sovereignty of these micronations. On January 16th 2020 Grand Duke Travis of Westarctica replied to the official letter from the President of URA stating that it would be great to move forward from the misunderstanding that happened and that URA “inspired the original members of the Antarctic Micronational Union (AMU) to come together again to create a new organization dedicated to preserving peace in Antarctica”. 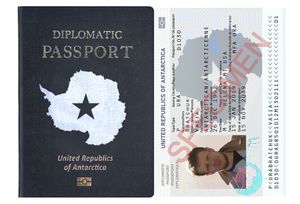 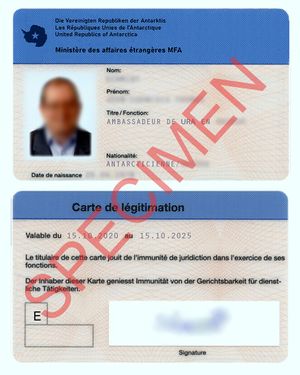 The URA have active embassies in the following countries:

Diplomatic Passports are issued to all URA ambassadors, government officials and their families who reside outside of the URA.

The URA have active diplomatic relations with the following micronations:

The URA does not recognise the status of Joe Biden as President of the United States.

The Adelie Land Treaty of Cession

On March 10, 2020 The URA and the Federal Republic of New Potato Land, being desirous of strengthening the good faith, understanding and mutual goalward relations, have for that purpose agreed upon and signed The Adelie Land Treaty of Cession, which in short was an official transfer of territorial claims of the Adelie land from the URA to the NPL.

Formation of the Transantarctic Supramicronational Alliance

On March 11, 2020 the URA joined the Transantarctic Supramicronational Alliance by ratifying the TSA Treaty [2]. The first signees of the Treaty were URA and the Federal Republic of New Potato Land.

On March 22nd, 2020 a cyber attack was carried out on the United Republics of Antarctica. An anonymous group of individuals filed multiple complaints at URA Facebook posts which were not violating any community guidelines. This resulted in all posts containing links to the official URA website to be deleted and banned. The attack manifeted itself as a new form of anonymous (directly non-traceable) micronational cyber warfare which was also classified by the URA Office of Exterior Intelligence as a form of micronational cyber terrorism. The casualties of such an attack are extremely hard to make up for as the only workaround for a micronation to avoid Facebook banning its posts with links to a micronation’s official website after being reported as "abusive" is changing a micronation's domain name.

The OEI published an Investigation Report calling on micronation(s) from where such attackers originate to hold full responsibility for the hostile actions of their citizens towards attacked micronations. The Office of Exterior Intelligence called for the micronational community including all micronational peace organizations (such as GUM and Cupertino Alliance) to proclaim such actions of cyber warfare as a violation of microinternational law (or at least to regulate them).

The overall damage from the attack to URA’s online presence and informational media outreach processes has been estimated as 42%. 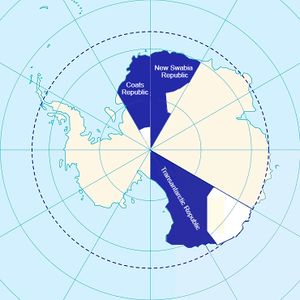 Federal map of the United Republics of Antarctica as of March 10, 2020 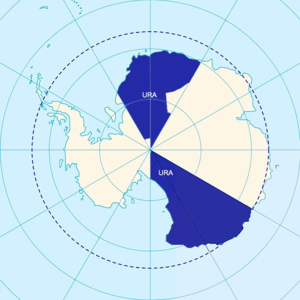 Currently, URA claims consist of Queen Maud Land, Coats Land, the Transantarctic Mountain Range to the East of Greenwich, Victoria Land. Adelie Land and a portion of Wilkes Land have been ceded to the Federal Republic of New Potato Land.

On January 6th, 2020 (4 months after the start of initial talks about the creation of the URA from individual republics) the “Treaty on voluntary accession and association of the Transantarctic Republic, the Coats Republic and the New Swabia Republic to the United Republics of Antarctica” has been signed and territorial boundaries have been proclaimed as can be seen on the map[3]. The treaty has been signed upon receiving requests for membership and joining the URA from the government heads of the Transantarctic, Coats and New Swabia republics (P.Ishukov, P.Scheelbeek and J.Crouch respectively) during the last weeks of 2019. The treaty among the main context contains the following excerpt:

“The URA does not claim any current Antarctic bases located within this area as well as land within 50 km radiuses of such bases. Since The Republic of St. Charlie has been dissoluted in 2017, and "on 1 June 2019, Emosia, in order to pursue higher legitimacy, had relinquished all claims within the continent of Antarctica, due to seemingly fruitless task to enforce the claim." - the URA takes the right to claim the land which belonged to these micronations within the boundaries shown on the map above. The URA as a micronational entity makes this territorial claim believing (based on documented statements at the present moment) that it does not intersect with any micronational claims of currently active Antarctic micronations made earlier than January 1st 2020 within these territorial boundaries. The URA does not have any intentions to claim territory of any micronation without its voluntary consent. The URA does not recognize any claims made by countries signees of the Antarctic Treaty as those claims do not signify de jure or de facto recognition.” 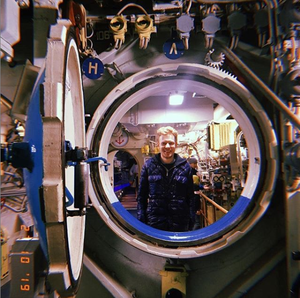 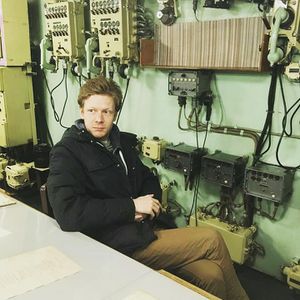 The United Republics of Antarctica has it's own real cryptocurrency (currently in a test phase) called URAcoin. It is an Ethereum token running on the Ropsten Test Network. Any citizen or foreigner can earn URAcoins by opening an account on Metamask and applying for jobs at the URA Ministry of State. These cryptocoins can be later exchanged into actual goods.[4]

It is possible for citizens to perform exchanges within the URA coin/US dollar trade pair on specific days during the month, which are announced by the government. Like any cryptocurrency the URA coin is backed up by the blockchain and there is a limited amount of coins in circulation (1 billion) which is relative to the amount of ice on the URA territory (10 million gigatons of Antarctic ice). So 1 URA coin equals to 100 gigatons of Antarctic ice. Since the Antarctic ice sheet is melting, the URA coin is prognosed to grow rapidly over the course of the next few decades.

There is a multiple amount of professions in the URA - in both civil and government sectors. Any citizen that asks for a job gets a job offer. The unemployment rate in URA is 0% (Employment index = citizens who file a job application / citizens who get a job offer = 1).

In the URA all power belongs to its citizens represented by members of the Presidential Council. A citizen of any country has the right to apply for citizenship of the URA. Citizens of a micronation that joins the URA automatically become citizens of the URA as well.

The federal governing body of the URA is the State Parliament which consists of the head of Ministry of State and governors of the Republics.