From MicroWiki, the free micronational encyclopædia
(Redirected from Wattania)
Jump to navigation Jump to search

Wattania, offically the Kingdom of Wattania, is a micronation that was founded on January 1, 2009 by His Royal Highness Jesse Watts.

The Name Wattania was originally coined by the King and Founder Jesse Watts, as word-play on his own last name. On the day of founding the nation was originally to be called Wattia but this was changed into Wattania due to perceived inadequacies with the original name. The Capital City has been Named Wattia to Honor this Original Name

On the first of January, 2009 Wattania was offically founded under the name of Wattia, peacefully seceeding from Australia and declaring its new borders within the Australian state of Victoria. It was set up to be a Consitutional Monarchy, and the fledgling nation was shortly joined by Luke Bennett, who was offically appointed Prime Minister on the second of January. After a few days of activity and with careful deliberation between both the Prime Minister and King, Wattia was renamed the Kingdom of Wattania and the various flags and symbols of the nation were also unveiled to commemorate the event. Mid-way through the month of Feburary 2009, King Jesse founded the three branches of the Wattanian Military, and is appointed Commander in Chief, having the final authority over all three branches.

After several months of silence, Wattania reviewed and accepted its third citizen, Alex Haynes, who after a few days of probation was promoted to the head of the Wattanian Land Forces as General of the Wattanian Army. It was also at this time that King Jesse converted the nation to an Absolute Monarchy, having first gained the support of the Prime minister and General of the Army.

During the period between August 2009 and July 2010, various small administrative tasks were completed, military ranks were completed and the national motto was changed to the current "Rex Mos Is, Is Vadum Existos"'. It is also during this time that Wattania's first colony is claimed by General Alexander Haynes, and it is quickly merged into the existing lands of Wattania.

On the July 17, 2010, with the help of the entire Wattanian Military, and led by the King himself, Wattania invaded and conquered a nearby territory called simply "The Pool" by locals. Upon aquisition, it was renamed Port Liberation by King Jesse Watts. This provided the previously landlocked nation a staging ground for its Navy. The day was declared a National Holiday, with citizens of Wattania gathering at Port Freedom to celebrate 'Liberation Day' every year.

On the August 26, 2010, Wattania gained two new citizens, one of whom, Lachlan Theobald, was promoted to Air Marshal of the Wattanian Air Force.

The Nation of Wattania is an Absolute Monarchy, with a puppet consitutional Parliament in place, led by a Prime Minister. The current government is led by Prime Minister Luke Bennett, who is currently serving his secound term. Elections are held every year on January 1, in commemoration of the founding of Wattania.

Currently, all sentencing and justice falls under the jurisdiction of General Alexander Haynes of the Wattanian Military, as per Royal Wattanian Decree #002.

In Early August 2010, Wattania made contact with a local Micronation named Norwegia, Unfortatly, after a few Promising delegations, Negotiations broke down and Norwegia Declared War on Wattania, After a few days of posturing, with the militaries of Both Sides brought in, a Ceasefire was Declared, and the two Nations backed Down.

As of September 9 Wattania has sent an Application to be considered by the Orginisation of Active Micronations, and Wattania's status within the Body is currently being Discussed.

The Wattanian Military consists of three separate branches, namely the Army, Air Force and Navy. The Army is led by General Alexander Haynes, the Air Force is led by Air Marshall Lachlan Theobald, and while under emergency control, the Navy is assumed to be led by King Jesse Watts. The Wattanian Military to Civilan Ratio is extremely High, with over 50% of all active citizens having station within one of the three branches. 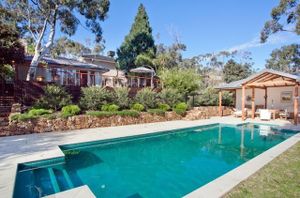 Wattania is located in the south-eastern part of mainland Australia, within the state of Victoria. Wattania has a moderate oceanic climate and is well known for its changeable weather conditions. This is mainly due to Wattania's location situated on the boundary of the very hot inland areas and the cold southern ocean. This temperature differential is most pronounced in the spring and summer months and can cause very strong cold fronts to form.

The Established Currency of Wattania is the Wattanian Dollar, its Current exchange rate is $1 Australian to $0.01 Wattanian