From MicroWiki, the free micronational encyclopædia
(Redirected from Theledira)
Jump to navigation Jump to search

Domanglia was the micronation of British filmmaker and writer Rievaulx. It was founded by Rievaulx in 2011 when he was 13 years old as an early creative-artistic project, and went through numerous iterations before being abandoned in mid-2013 (with shortlived revivals in late 2013 and 2018).

In 2022 Rievaulx reimagined Domanglia as a long lost realm on a distant star called the Free County of Saint Germain, Brocéliande and Strasbourg, or the Domanglian Republic, over which he claimed to have once ruled as its Count. However, he was overthrown and Domanglia was destroyed in a tragic revolution, and Rievaulx was reincarnated on Earth in the early 21st century.

Domanglia began as the childhood hobby of its founder. On 24 May 2011 a 13-year old Rievaulx began working on creating a micronation he initially planned to be called Domanglica (or the Domanglican Empire). By 27 May he had finished creating his new micronation, the Domanglian Empire, initially consisting of only his childhood home (the region called "Domum") and let it loose into the world, as it made contact with other micronations via the internet and became a prominent player in the 2011 YouTube micronational community (or "YouTube Sector") from which also sprang the micronations Monovia (considered Domanglia's main rival and frenemy throughout its early history), Lurk, Flatland, Burkland, the Equaled States of Mons, Grunkia, Pashema (which would later become Domanglian territory), and New Jonesland. This community developed when YouTube had a more social, amateur environment (rather than its current commercial, businesslike environment) and micronationalists would establish diplomatic relations with one another through YouTube's private messaging system, and make creative content for their micronations in the form of videos. Domanglia was no stranger to this, as young Rievaulx made a large stream of creative videos promoting his micronation, many of which have since been lost. During this time, beginning with the annexation of another property, Fairfield, the Domanglian Empire gradually expanded its claimed territory far beyond Domum.

While Domanglia never stopped contributing to YouTube, this community faded as its micronationalists discovered MicroWiki, and moved there in late 2011 (where they remained). Domanglia did so as the Federal Republic of Domanglia, which was one of many fundamental changes in Domanglia's structure and culture. These are listed below:

Throughout all these various forms of the Domanglian project, except for the Theodorist Kingdom of Domanglia (a shortlived coup government against Rievaulx), Domanglia was by and large controlled by Rievaulx as his personal hobby. At various points in its early history Domanglia also surrendered its sovereignty or parts of its sovereignty to various other micronations. For example, Domanglia was, in this order: an Austenasian protectorate, a Juclandian associated state, a constituent state of Rievaulx's Ossavak Federation, a constituent state of the Saxon Empire, a member-state of the Holy Utopian Confederacy (a personal union), and a constituent state of the Confederation of Amager (itself a St.Charlian Permanent Territory). Early Domanglia was also a member-state of various intermicronational organisations and alliances, such as the Domanglian Commonwealth, the Vanguard Powers, the United Micronational Council (the body, co-founded by Domanglia, which united the aforementioned YouTube Sector), the UCETL (which Rievaulx founded), the Antarctic Micronational Union, the Inter-Micronational Treaty Organisation, the Grand Unified Micronational, and the Amagerian Union (which Rievaulx also founded).

Domanglian territorial claims have always shifted throughout the years - in some eras Domanglia had claims as bombastic as Pluto and Northeast Greenland, and in others it was a landless micronation. Today, Domanglia has been reimagined as a long lost civilisation situated on a distant star which was tragically destroyed in a revolution. Therefore, Domanglia now only exists in past tense, as little more than a fantastical backstory for its founder. 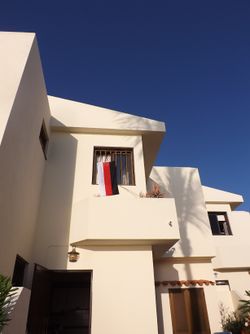 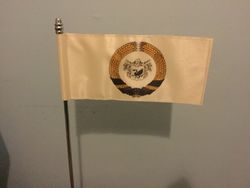