From MicroWiki, the micronational encyclopædia
(Redirected from Flatland)
Jump to navigation Jump to search

Flatland, officially the Federated Republics of Flatland, or the acronym FRF is a territorial North American micronation. A member of the Society for the Culture of Small Unrecognised States and the Vanguard Powers, it is located primarily in North America, but they have provinces all over the world in places like Australia. Flatland was originally a Representative Democracy however, they became a Parliamentary Democracy in 2010. Flatland is one of the largest if not the largest micronation in North America. Flatland is a member of the Anglophone sector.Flatland is a developed nation and contains a notaphiliac economic system. Flatland was a member of the Organisation of Active Micronations until the downfall of the organisation.

In 2011, the United States of Flatland chose to become a federal republic. The news was shared over the Flatland's first newspaper, the Flatlandian Times. The Federal Government became a parliamentary democracy.

Claim Error of the Eniarkian Confederation

On 9 of August, 2012, M. Aaron Meek, the Federal President of the Eniarkian Confederation claimed that Flatland was inactive in 2010 and claimed the Republic of Todd and the Republic of Logan. The Vanguard Powers and Sir Alexander Gibbs, OFE, OoB, the Prime Mister of Flatland have since resolved this error, and the Prime Minister plans to maintain good relations with the Eniarkian Confederation.

Flatland is a parliamentary democracy with seperation of powers between the executive, legislative, and judicial branch. The head of government as well as the the head of state is the Prime Minister of Flatland.

As a federation, Flatland accepts new republics. Since the creation of Flatland in 2009, Flatland has gained 4 new republics. This includes the fictional republic, Minecraftia which is held over the indie game, Minecraft and a claim on Micras, known as Arcor. Each republic has freedoms and a member in the federal cabinet.

Flatland's judicial branch is seperated from the rest of government which is known as 'seperation of powers'. This ensures that the courts of Flatland are fair. The High Court is the highest court in Flatland. The High Court handles all legal situations.

Currently, Flatland will open diplomacy with any micronation who does not have violent intentions. Diplomacy is to be voted on by Flatlandian parliament. A new foreign policy is being written.

The Federated Republic's Armed Forces (FRAF) consists of an Army, Navy, and Air Corps, and some subdivisions. The Army uses 'airsoft' and 'Nerf' weapons. The Navy consists of small boats with 'stud-guns' mounted. Finally, the Air Corps contains 2 aeroplanes, the Cessna 180 and the piper cub aircraft. The Air Corps also uses the Flight Simulation program, Flight Simulator X which was made by Microsoft to fly some aircraft. The military was only mobilised once during the attack on Todd to end racism.

Currently, Flatland has some technological plans, consisting of a rocket and a monorail. The Prime Minister stated that he "demands the creation of new technology." Flatland has built an Estes A8-3 rocket, and has plans to launch it soon.

Flatland is about 3,838 square kilometers, within the republics. Natural dangers in Flatland include: 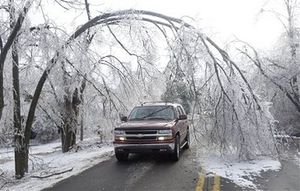 An ice storm in Flatland.

Flatland has plans to begin a university. The university will most likely be put on a different website than the offical Flatlandian website.

Flatland currently has a newspaper which posts all new news in Flatland in a non-biased format. 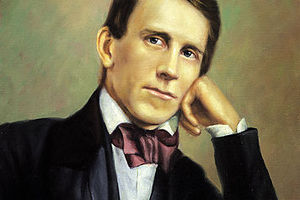 Stephen Foster, the composer of the Flatlandian National Anthem.