From MicroWiki, the free micronational encyclopædia
(Redirected from Sendersia)
Jump to navigation Jump to search 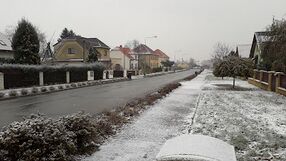 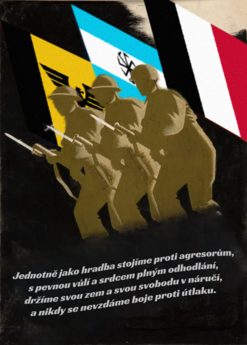 The Sendersian Democratic Republic is a micronation in the former territory of the central european city of Choltice and its surroundings. The closest micronations are Schwarzwald, Firburg, Vylreria and Kybistan.

On December 18, 2021, a war broke out between the separatists of Southern Choltice, it lasted until the new year 2022, when the separatists surrendered. In May 2022, many new cities joined Sendersia, reforms took place, and an era of economic prosperity began. On June 23, Sendersia joined the Micronational union of mutual economic cooperation led by Krlesia. However, it was not there for very long, on December 30, 2022, Sendersia left MSVHS and terminated relations with Krlesia due to a ultimatum demanding the transfer of Sendersia to foreign hands. This led the Krlesian government to aggressive behavior and started a military operation on Sendersian territory, which is perceived as a declaration of war. A few countries expressed their support for sendersia, one of them was the Kybistani National Republic, one of the strongest micronations in the Czech Republic in terms of military. 25th January 2023 there was a terrorist attack from the citizens of Czech republic, they attacked the president however, he defended himself and neutralized the terrorists. He subsequently issued this statement: I did get hit in the face with a snowball, but I gave their leader a nice concussion.

Sendersia is governed by an assembly of state officials, a prime minister and a president. The president is Komodzsen Adam Szutansky with an unlimited term of government. The Sendersian government promotes freedom of speech.

Choltice is the capital of Sendersia, with about 30 inhabitants. Most state institutions are located here.

Sendersian army is the third army of Sendersia, the first two were: Sendersian people's army, Sendersian attack and defense units.

One of them is, for example, Szuszle s vajiszke (spaghetti with eggs)

Other dishes are, for example: