Minuiju (Hangul: 민의주; Hanja: 閔義州; RR: Minuiju), officially the Minuiju City State (Hangul: 민의주시국; Hanja: 閔義州市國; RR: Minuiju Siguk), is an enclaved self-proclaimed city-state in East Asia. It lies in the mid-west of the Korean Peninsula, completely surrounded by the South Korea. It is commonly referred to as a micronation due to its size and lack of recognition from UN member states.

The Minuiju City State is a non-partisan democratic parliamentary republic, while executive political power is exercised by the Cabinet, led by the Prime Minister, who is currently Kim Myung-soo. Minuiju is a member of the Commonwealth of Micronations and is one of the founding members of the Asia-Pacific Micronational Economic Cooperation and the East Asia Summit of Micronations.

The present-day territory of Minuiju was a set construction which was never used, eventually the area became abandoned until it was re-discovered as a city-state in 2017. Kim Myung-soo founded the modern city-state as the "Minuiju City State" on 18 April 2017 and was elected as its first prime minister. After early times of turbulence, and despite lacking natural resources and a hinterland, the micronation developed rapidly as an APMEC economy, based on external trade and its workforce in the inter-micronational community.

Minuiju is either classified as a humid subtropical climate (Köppen Cwa), using the −3 °C (26.6 °F) isotherm of the original Köppen scheme, or a humid continental climate (Köppen Dwa), using the 0 °C (32 °F) isotherm preferred by some climatologists. Summers are generally hot and humid, with the East Asian monsoon taking place from June until September. August, the warmest month, has average high and low temperatures of 29.6 and 22.4 °C (85 and 72 °F) with higher temperatures possible. Winters are often cold to freezing with average January high and low temperatures of 1.5 and −5.9 °C (34.7 and 21.4 °F) and are generally much drier than summers, with an average of 28 days of snow annually. Sometimes, temperatures do drop dramatically to below −10.0 °C (14.0 °F), in odd occasions rarely as low as −15.0 °C (5.0 °F) in the mid winter period between January and February.

The prime minister of Minuiju is Kim Myung-soo, who heads a 17-member unicameral parliament. The city-state is a member of the Asia-Pacific Micronational Economic Cooperation and the East Asia Summit of Micronations.

Minuiju is a republic with a Westminster parliamentary system of government, but with substantial local differences. The prime minister is the head of government and the chief of state, whom is currently Hong Sung-ki, is the head of state. A 17-member unicameral parliament is elected every four years. The parliament elects the prime minister from its members, and the prime minister appoints a cabinet of five to six members. Minuiju does not have any formal structure for political parties, and candidates typically stand for office as independents; fifteen of the 17 members of the current Parliament are independents. Three parties that have been active in Minuijuan politics are the Conservative Party, the Green Party, and the Workers' Party. However, alliances within the government are often formed on the basis of extended family ties rather than party affiliation. 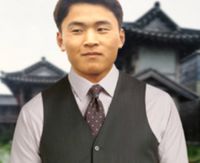 Land tenure in Minuiju is unusual: all Minuijuans have certain rights to all land on the island, which is owned by individuals and family groups. Government and corporate entities do not own any land, and they must enter into a lease arrangement with landowners to use land. Non-Minuijuans cannot own land in the city-state.

Its Supreme Court, headed by the Chief Justice, is paramount on constitutional issues. Other cases can be appealed to the two-judge Appellate Court. In practice this rarely happens. Lower courts consist of the District Court and the Family Court, both of which are headed by a Resident Magistrate, who also is the Registrar of the Supreme Court. There are two other quasi-courts: the Public Service Appeal Board and the Police Appeal Board, both of which are presided over by the Chief Justice.

Following independence in 2017, Minuiju co-operated with Dong Ping and established the Asia-Pacific Micronational Economic Cooperation and the East Asia Summit of Micronations; it became one of the founding member states of both organisations. The country was admitted to the Commonwealth of Micronations within the same year.

Minuiju has a small military with a police force under government control. The wider defence of the nation is provided by the Republic of Dong Ping under an informal agreement between the two countries. The Memorandum of Understanding between Minuiju and Dong Ping provides the latter with financial aid and technical assistance, including a Secretary of Finance to prepare the budget, and advisers on health and education. Although there is no relations between Minuiju and its neighbor, South Korea, Minuiju uses the South Korean Won as its official currency.

Countries with diplomatic relations with Minuiju 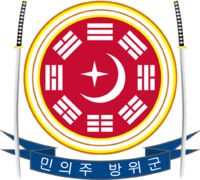 Minuiju has no navy or air force, but on both a per-capita and per-area basis, Minuiju has a police force under government control. Its police includes a special unit which operates patrol.

While the small physical size of the city-state does not qualify the creation of national subdivisions in the form of provinces, states, and other national political divisions found in larger countries, the city has nonetheless been administratively subdivided in various ways throughout its history for the purpose of local administration and urban planning. Historically, these subdivisions have been based on postal districts, especially during the Dominion era. When local elections necessitated the setting up of electoral districts, however, it began to supplement postal districts as an alternative form of local governance, since each electoral district is headed by a member of parliament who represents and speaks for the respective electorates.

Minuiju is divided into three administrative districts which are also electoral constituencies and are further divided into various suburbs. The districts of Minuiju are the main urban planning and census divisions of Minuiju delineated by the Minuiju Urban Redevelopment Council. A development guide plan is then drawn up for each district, providing for detailed planning guidelines for every individual plot of land throughout the country. The Minuiju Police Force's (MPF) neighbourhood police centres have jurisdiction boundaries based on district boundaries, as opposed to electoral divisions under the previous neighbourhood Police Post system.

Minuiju uses the South Korean Won (KRW or ₩) as its currency

Minuiju has a highly developed market economy, based historically on extended inter-micronational trade. Along with Dong Ping and Hashima, Minuiju is one of the original Inter-Micronational Tigers (IMT), but has surpassed its peers in terms of GDP per capita. The Minuijuan economy is known as one of the freest, most innovative, most competitive, most dynamic and most business-friendly. Minuiju attracts a large amount of inter-micronational foreign investment as a result of its location, skilled workforce, low tax rates, advanced infrastructure and zero-tolerance against corruption.

Minuiju uses the South Korean Won (KRW or ₩) as its currency, although there is no relations between the two countries.

In recent years, the country has been identified as an increasingly popular tax haven due to the low tax rate on personal income and tax exemptions on foreign-based income and capital gains.

The city-state's economy is based on the service industry, which was responsible for 73.9% of employment in Minuiju. The service industries include public sector employment, health, education, finance, information technology (IT) and tourism that accounts for 8.2% of employment. Tourism has become an important element of the economy, with the city-state offering a wealth of historic attractions and a variety of cultural activities.

Minuiju shares its traditional culture with South Korea, but the city-state have developed distinct contemporary forms of culture since Minuiju declared independence in 2017. Historically, while the culture of Minuiju and Korea has been heavily influenced by that of neighbouring China, it has nevertheless managed to develop a unique cultural identity that is distinct from its larger neighbour. The Minuijuan Ministry of Culture actively encourages the traditional arts, as well as modern forms, through funding and education programs.

The industrialisation and urbanisation of Minuiju have brought many changes to the way Minuijuan people live.