Dave Lehman (born 11 December) is an Atlean politician currently serving as Mayor of Poseidon of the National Party of St.Charlie. He is also a Member of the Atlantis Assembly.

Lehman was a member and founder of the Atlantis National Party since October 2011, after that his party merged with the Atlantis Conservative Party of Flavio Beninati and now he's the General Secretary. In January 2011 he was nominated Minister of Economy, Finance and Treasury in the second Eastwood Administration, after trying to be Mayor of Poseidon, where he lost the elections against Andrea Rao.

Following the Atlantis General Elections of 2011 he was elected MP and Prime Minister of Atlantis. 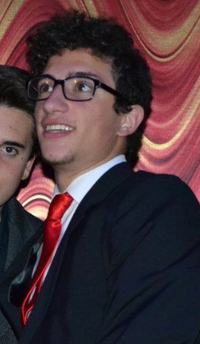 Lehman was nominated Prime Minister the 6 June 2011. Between his firsts actions he tried to improve the relations with St. Charlie, but Nicolò Alvisi slowed very much the work, since their change of government, when Lehman was in electoral campaign.

Leader of the Liberal Party