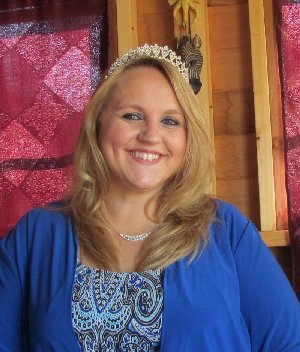 Mme. Adrianne's first official public role was representing Molossia in the 2009 Nevada Day Parade in Carson City, Nevada. Both she and the Molossian First Family appeared in the parade with President Baugh and his entourage. She immediately assumed various duties in the government and helped govern the nation at the side of the President. 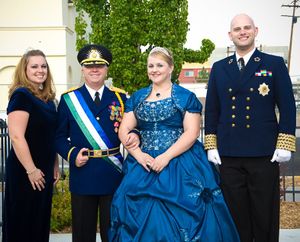 The Presidential Couple with the Royals of Calsahara

The couple was wed on 10 September 2011 at the Lake Mansion in Reno, Nevada. At 4:30 PM the wedding ceremony took place in the main room of the Lake Mansion. The President appeared in formal attire and enjoyed various festivities, and the Presidential couple was driven away by a limousine.


Honorary Citizenship from Sancratosia in 2022.