From MicroWiki, the free micronational encyclopædia
(Redirected from Zeprana)
Jump to navigation Jump to search

Zeprana officially known as the Federal Republic of Zeprana is Micronation claiming to be a Sovereign State located in the Rhode Island Sector which was founded by Charles Madgett on March 1st, 2021 which was founded as an Elarian Constituent State until it became independent. 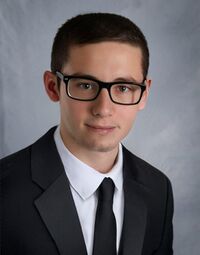 Zeprana as the name suggests is a Federal republic, with the nation officially being a Democratic Federal republic. The Head of state is the Federal President while the Head of Government of the nation is the Prime Minister, with the Deputy Prime Minister serving as the deputy Head of Government. The National Assembly of Zeprana is the legislature of the Federal Republic of Zeprana. It is democratically elected every 3 months, and consists of 9 assemblypersons. The last election was on 23 May 2022. The National Assembly has the power to pass laws, overturn Presidential vetoes, vote for the Prime Minister that the Federal President proposes, and press charges of impeachment on both the President and Prime Minister. Citizens can also vote on pressing charges of impeachment of individual assemblypersons if they believe they are not being properly represented by a popular vote referendum.

The Federal President of Zeprana with him being Head of state is responsible for foreign interactions with other nation states, while the Prime Minister in charge of the executive cabinet of ministers, and the National Assembly of Zeprana, the Prime Minister also has the authority to sign or veto legislation, ask for the written opinion of their Cabinet, convene or adjourn the Parliament, and receive ambassadors. It is optional for the Prime Minister to appoint a Deputy Prime Minister who shall serve as deputy head of government. The President is elected every 6 months by the citizens of Zeprana, and has no limit on how many terms they may serve.

The modern Federal Republic of Zeprana was founded on the 4 of May, 2022 by Bryce Smith, Matthew Cunningham, and Liam MacKenzie. The first Presidential and National Assembly elections were held on the 11-12 May 2022, and resulted in Cunningham's rise to the presidency, in which he appointed Bryce Smith as the Chancellor (Called Prime Minister now).

Roughly a fortnight after the founding of the modern Republic, Terry Arthur McKeen III, in a fit of rage due to how he perceived to have lost control of "his" nation, took over digital assets including the discord server and one of Zeprana's twitter accounts, and declared himself President, which resulted in the Zepranan Civil Conflict.

The end result of the conflict resulted in Zeprana being split between the Federal Republic of Zeprana in the North, and the Commonwealth of Zeprana in the south, following the signing of the "Zepranan Treaty of 2022", which included articles for a non-aggression pact and mutual recognition between the 2 nations. 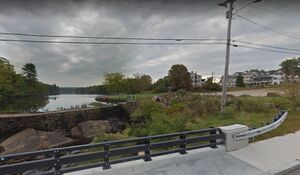 Locustville Pond, with Wyoming, Zeprana seen on the right of the Image

Palestine - Palestine is recognized as a sovereign state by Zeprana

Kosovo - Kosovo is was recognized by the Diplomatic Act of 2021

Liberland - Liberland is recognized by Zeprana

Molossia - Molossia is recognized by Zeprana

Norton - Norton is recognized as a sovereign state

The Federal Republic of Zeprana is a member of the United New England Micronations.

In Zeprana, fish are often caught especially within Locustville Pond, One of the nations largest bodies of water that is easily accessible to citizens of Zeprana.

Other animals that can be found near and within Zeprana are "game" as they are called such as Deer, rabbits, and certain types of birds. Many our animal species can also be found around the nation, as well as birds.

Some of the birds that live within, near, and around Zeprana are Robins, Cardinals, Ravins, Other Rens, Eagles, Vultures, Sparrows, Gold Finches and other types of Finches