The Belgican Empire became an Empire after Mats Baumans abdicated in favor of Jules Vierstraete on 10 April 2020, Mats proposed a plan to split The Kingdom of Belgica into two states united by a union, Jules agreed and the Kingdom of Belgica was split and two new kingdoms were born, Groot-Brabant and De Dijle

Belgica is a constitutional monarchy, all of the states inside the Empire are a constitutional monarchy as well, Currently, the reigning Empire is Jules I of the Vierstraete dynasty, he is also the King of Groot-Brabant, he ascended to the throne of both The Belgican Empire and The Kingdom of Groot-Brabant on the 10th of April 2020. The legislature of Belgica is unicameral, with the Crown council, led by the King of De Dijle to aid the Emperor, Jules Vierstraete. The crown council has focused on implementing human rights[1] inside Belgica such as LGBT rights and Freedom of speech.

The ruling dynasties invests a lot of time in the cultural sector, for example, the dynasty pushed for Fesmarian states and other parts of the Belgican realm to create a universal language to promote unity, and it also made the Belgican Empire join the MisCal 2020 Olympics, but sadly this never went through.

The Empire of Belgica was named after the first Kingdom, it was created after the Kingdom of Belgica split into the two Kingdoms, those Kingdoms are called Groot-Brabant and De Dijle.

The Kingdom of De Dijle, lead by Mats Baumans, is composed of 3 provinces and one city state.

The principality of Anaveronia, lead by David Ainsworth

There currently are three dynasties inside the Belgican Empire, namely the Vierstraete dynasty, Baumans dynasty and the Ainsworth dynasty

The Vierstraete dynasty rules from Groot-Brabant, the dynasty gained control over the Empire after Mats Baumans abdicated in favour of Jules Vierstraete.

The Baumans Dynasty rules from De Dijle, the dynasty has lead Belgica since its founding, after the abdication the dynasty lost control over a large portion of Belgica, since then it has controlled the Kingdom that is known as the Kingdom of De Dijle.

The foundations of the Empire was founded on 27 May 2019 by current King, Jules I, as the Kingdom of Belgica. Before this the region was called Kjorbergen and was a principality in the Second Fesmarian Empire.

The Kingdom of Belgica was established in March 2019 as the town of Kjorbergen by Crown Prince Mats and King Jules as a Colony of Fesmar. This era, known as the Pre-prosperity era, is one of the parts of our history which we do not look at with much pleasure due to the government being semi-simulationist and spontaneous which led to some conflicts. 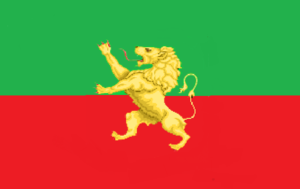 The flag of Belgica when it declared independence from Fesmar

The Kingdom of Belgica was officially established on 27 May 2019 by reigning monarch Jules I. A declaration of independence was officially drafted on the 1st of June which outlined which territories were to be kept and which territories were to be given back to Fesmar and what type of executive and legislative governing body would run the kingdom. The First Nation to reach out to the kingdom was Misberia, and later on, Aspen contacted the government as well. The aftermath of Belgica leaving Fesmar was dreadful for Fesmar due to Fesmar relying on the kingdom for most of its citizens, this is why 2 weeks after the kingdom declared independence the Fesmarian queen Morwenna decided to try and reincorporate the kingdom into her own Kingdom to reestablish her Empire, this however ended badly for her as he underestimated the support his previous provinces got from the micro community, she decided to back down as he saw that she couldnt achieve her goals. After this Fesmar still remained hostile towards Belgica for a long period. The king of Belgica, Jules, transfered his title of King to the former governor of the Belgican lands one month later due to personal reasons. Throughout the early days of the kingdom, many of the people who became citizens were opposed to Fesmar or had some type of conflict with its leader, Morwenna Fydtroust, as well as some personal friends of Mats and Jules. In early November, the first constitution was approved, this document was heavily inspired by the Constitution of Aspen and Belgium, however, some changes were done to suit the political situation in the Kingdom. On August the 16th, a few months after the first conflicts between Fesmar and Belgica emerged, diplomatic talks happened between Fesmar and Belgica, these talks were held between Archie(emissary of Fesmar) and Jules(emissary of Belgica) these talks went well until Mats, King of Belgica, insulted the queen of Fesmar saying she was a unkind dictator and should be ousted from her position as queen.

Joining the commonwealth of Misberia

In the month of February 2020 Groot-Brabant joined the United Kingdoms of Misberia and Caloudonum, The Misberian Government helped Belgica a lot with improving the designs of the Belgican symbols, the flag, and Coat of arms, everything that the Misberian Government gifted us is still used today. Sadly the cooperation could not last as long as both sides wish it could have because due to Archie abdicating on 8 March 2020 and Misberia dissolving the monarchy the Belgican government decided to leave the commonwealth, the relations between the two nations still remained as it was before up until a minor personal conflict happened between Archie and Mats and both sides stopped recognizing each other.

After this, the king decided to focus on improving the kingdom of Belgica and the territories as a whole due to the dissatisfaction of some citizens about the situation in the Kingdom. They created a plan called Belgica 2020, which created the second kingdom, a new Empire called Belgica, which improved the political situation and Economical situation in Belgica.

The new Kingdoms and the Empire

The Kingdom of Groot-Brabant and The Kingdom of De Dijle were established on 11 November 2020, but the official date for both still remained 27 May 2019. With the two being established a new Empire was created as well, this Empire was called The Belgican Empire to honor the first Kingdom. The Empire of Belgica got much criticism from the Fesmarian nations calling it illegitimate, this was due to the Fesmarians believing no succesor state of the 2nd Fesmarian Empire could establish an Empire besides a new Fesmarian Empire.

After this criticism, The Belgican Empire decided to temporarily cut all ties with the Fesmarian nations until they improved, during the time that the ties were cut The Belgican Empire reached out to a lot of micronations in order to establish relations, a few examples of these nations were Aspen and Misberia.

The monarch of Belgica is the Emperor of Empire, whoever controls the Kingdom of Groot-Brabant can be crowned Emperor of Belgica. The current ruler of Groot-Brabant is Jules Vierstraete, following the splitting of the Belgican kingdom after Mats Baumans abdicated, Jules was granted the region that is now called the Kingdom of Groot-Brabant. The monarchs inside the Empire have the final say in all government matters, and can also issue royal decrees. Royal decrees are mostly used to establish grant honors, create orders, make laws, and to create titles. The monarch leads the Crown council, the council helps the monarch rule and administer the Empire.

The Belgican Empire is located in the Beautiful region of Vlaams-Brabant, the region that the kingdom is located in is also called the Hageland. This location presents a variety of unique opportunities for commerce and agriculture as it is close to rivers but also in a short driving distance of big towns.

The Belgican Empire is located near many old landmarks that have been there for hundreds of years and near magnificent landscapes, including the Hageland and the lake of Keerbergen which at first was an airport created by the Germans who were stationed there, as well as the K-W Line which served as a defensive line against invaders during World War 2. Also near Groot-Brabant is an old luxurious hotel called Le Grand Veneur, it served as a headquarters for both the Germans and the Americans in the region during WW2, after the war numerous important persons signed in the hotel like Queen Elisabeth of Belgium and Mutara III of Rwanda.

The Belgican Society is heavily militarised, almost every citizen has guns, or aspires to buy guns. Most of the citizens in the Empire are a part of the the military or have been in the military, this is due to external threats threatening the Belgican states.

There are currently three different armies inside the Belgican Empire, the Groot Brabantian Royal army, the Dijlean Royal army and the Anaveronian princely army. All three are part of one greater army, the Belgican Imperial army.

The Belgican Empire is a full member of the Cupertino Alliance, it joined on the 7th of June 2021