Adjistan (أدجيستان), officially the State of Adjistan (حالة أدجيستان) is a constituent nation in the Karaafsharid Empire, located in northern Europe and bordered by the Arab Republic of Egypt as well as the Republic of Balistan. It is divided into towns and medinas, the most important of which is Medyna. It has a population of 17 and a de facto area of approximately 585 square miles, though de jure much smaller.

The first Adjistani State was formed in 2008 by Muhammed IV Of Adjistan declaring the current Medyna independent. Once Muhammed moved to Saudi Arabia he left the nation to chiefly Shady Morsi Adjistan became bigger and became part of the Salarian People's Republic the territories become split and become Adjistan (Cairo) and Balistan (Alexandria) after the disbanding of the SPR ,Adjistan become a self-proclaimed republic however in 2014 the Derskov-Viadalvian government re-annexed it 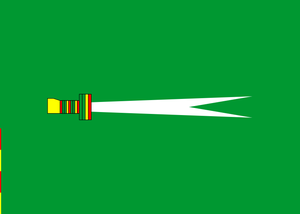 Standard of the Emir of Adjistan

Adjistan is an elective monarchy headed by the Emir. Under the constitution of 2014, executive power is exercised by the emir and the cabinet, which consists of several other ministers. The emir has the power to dissolve the legislature, in which case new elections must be held within three months. However, , sovereignty has resided with the Nation, exercised by the Emir in accordance with the Constitution and the law.Legislative power is vested in the National Parlement, a unicameral legislature of 10 members, who are directly elected to five-year terms from four constituencies. The Republic of Adjistan has three lower tribunals and a Superior Court of Justice , which includes the Court of Appeal and the Court of Cassation. There is also an Administrative Tribunal and an Administrative Court,

The Military of Adjistan is small compact armed forces leaded by the president. The Adjistanese Army is known as weak and coward by the Balistanese. Despite the army is maded up of former Egyptian soilders with have fighted in the Six Day war and the Yom Kippur War, The army is divided in 3 branches 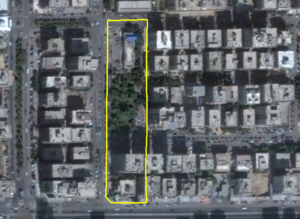 Ammar is located in Alexandria. It contains both cities (South Alexandria and J'whrh) is is divided 220 km (136 mi) from the mainland Ammar consists of slightly sloped, grassland. The capital, J'whrh resides on international borders on two sides. (Egypt and Balistan) The highest point on the Adjistani mainland is 11 meters above sea level. The land is mainly filled with grass and surrounded by a large border wall on all sides. The territory is owned and control by the government.