The Republic of Saalen, also known as simply Saalen, is a sovereign state located in Central Europe, bordering Germany and the Czech Republic. The state is created on the basis that territority alongside Saale (river in Germany) was part of Bohemian kingdom/Czech kingdom and many Czecho-germans lived here connecting Czech and German nation proving that it is not solely German land, so the concept it self is focused on improving equality between Germans and Czechs. Another reason for establishing Saalen is believe that parent states Germany and Czech Republic are heading toward political chaos through holes in legislation system. 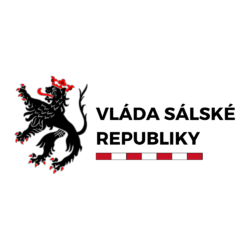 Saalen republic does not have a judicial system; if a citizen violates the law, the parliament imposes an appropriate punishment. We are currently working on the court system and the establishment of courts.

There are 4 Landkreise/districts in Saalen republic, which hold the function of a lower administrative unit and are headed by civil council, which are elected directly in elections. Each Landkreis has a division of its administrative and cadastral jurisdiction according to assessments from the times when Saalen was not a sovereign state. Municipalities and their representatives exercise such transfer of state power as has been transferred to them from a higher administrative district.

has the legislative power. For the adoption of a law, it is necessary to obtain more than 50% of the votes, for constitutional laws more than 60% of the votes. The Parliament has the power to declare a state of war and martial law. Provided that corruption or other tort is proven to a government official, whatever position he holds is deprived of all seats. The Parliament cannot be dissolved. Each member of the parliament may be removed.

is the body which executes executive power within republic. The government is led by the President, who selects all the remaining ministers at hand. The Government of the Saalen republic is responsible to the Parliament of Saalen republic.

is the head of the state and has the executive power. His task is to keep the government running and to act on behalf of the government and state, both in the Saalen region and abroad if the situation so requires. He has the right to express the trust or distrust of individual members of the council on a justified basis, such as tort (corruption, crime) and to initiate the process of examining interests. 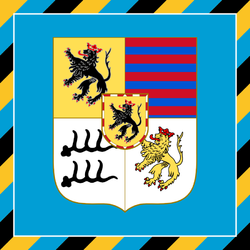 Army of the Saalen republic (ASR) 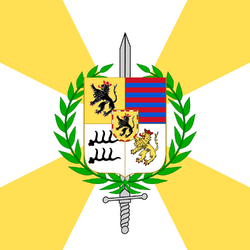 The army of the Saalen republic consists of its citizens (volunteers). If necessary, there is a procedure for mobilizing all citizens at the behest of the parliament. The head of the army is the president. Basic military service was introduced from the age of 16 to two years. This is paramilitary training, which includes: infantry training and basics of logistics. The army is headed by the General Staff of the Army of the Saalen republic, which reports directly to the parliament or president. The army of the Saalen republic is made up of units and formations of several types of forces, namely the ground forces and the air forces. The main task of the military is to defend against external attack and to perform tasks on the basis of international contractual obligations related to common defense or peacekeeping and security operations.

The Foreign relations of Saalen are varying. Saalen aims to become independent from the Czech Republic, however it wishes to maintain very positive and close relations with the Czech Republic, as well as Europe. Saalen also wishes to import many important materials and products, and export athletes, scientists, entrepreneurs, as well as products, food, and vehicles. Essexia holds multiple formal alliances through the form of separate Treaties of mutual cooperation.