The Polish Republic of Freeland is a micronation founded on 25th april 2016.

Polish Republic of Freeland was founded in 25th april 2016. Freeland is a micronation located on 6 km² island in Croatia with two colonies in Poland and Norway.

The government in Freeland are free democratic.

Freeland is inspired by Liberland.

Minister of the Interior - Jakub Majczak

Polish Republic of Freeland have only one Special OPS with name Green Eagles, and this is full army. Army personel is number of 12 person and this is the goverment. Thats we are the smallest active army in the world.

The Freelands current economy is based on cryptovalute XRP.

In PRF we speak Polish and English. Freeland have also own names for months. 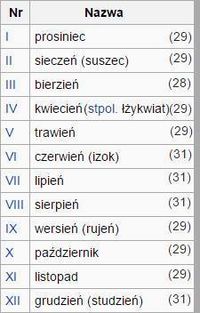 The country operates stations nationwide PRF1 .From 1 January 2017 will start PRF 2, with the local outlined program and will include, among others, movies, series, etc. File:PRF1.jpg

PRF have one soccer league Superklasa PRF with 8 teams:

PRF have also national teams in Hockey and Rugby.