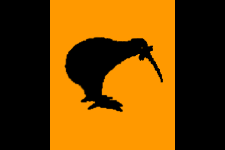 A Brief History of Lothlaria

Akerborn, known independently as the Imperium of Akerborn, was the first nation founded by micronationalist Philip Locke. The project was joined by other micronationalists of some repute, including William Jesmer, Mattlore Devious and Daniel Dreesbach.

The major part of Lothlaria was founded as the Imperium of Akjerborn by Phillip Locke and Brian Goldye. It had a Roman/German theme with Legions and Teutonic Knights as well as a Terminus and Grand Elector.

Early on, Akjerborn became a friend of Alteria. However, this relationship faded away over time. At around this time, it was labelled a ‘bug-nation’ by Scott Siskind and tried and failed to annex Padella and New Macadam.

A Very basic website can be found at; www.akerbjorn.s5.com/ All the early posts from the forum were deleted when the country tried to re-launch itself after a bit of inactivity. It was officially founded on the 25/1/02 however the forums seem to indicate the 23rd. I seem to have been its third citizen and the infamous @#%$ was its fourth. The nation survived for some time before being annexed by Shireroth. Akerbjorn was later reorganized and renamed into its current form of Lothlaria.

It applied to join Micron on 27/1/02 and described its geography as Quote:

It joined Tymaria in March 2002 and renamed itself to Lothlaria before joining Shireroth in April. All the towns and regions were also renamed.

Lothlaria Minor is the name I use to refer to the Akjerborn part of our duchy, e.g. the original bit that hasn’t been acquired since from another territory. Very little seems to have been done, which is not surprising seeing as Locke had about six days as Terminus in a Shirerothian Lothlaria. He did write a constitution which can be seen here. Famous last words are “The Throne [of Terminus] shall never be disrespected. The Throne shall never be abolished.” After 4/11 Locke was “stripped of all position, title or Rank in Shireroth.” He then tried to leave and take Lothlaria with him claiming that he was Terminus and the constitution of Lothlaria states that he can only be removed when he steps down. This was countered by the Kaiser and Prime Executive arguing that when he joined Shireroth and Tymaria respectively he came under their constitutions. He eventually realised a golden rule, that Shireroth never gives up territories. When Locke left his brain-child, his will stated that Quote:

Kaiser Mors however made Lord Raglan the Duke of Lothlaria seeing as he was Grand Elector (and SIC) before 4/11. Our flag was developed in May, and remains in use to this day. The Colours were supplied by me as they are personal favourites. I did the draft of the flag, originally having the Shireroth flag where the Kiwi is. It was Raglan who suggested I put the Kiwi in my signature as the symbol. I complied. The final copy of the flag was however done by Raglan. By June we were in inactivity and Duke Raglan decided we needed a theme. Not wanting to bring back the old terminology and themes and seeing as the name Lothlaria was based on LOTR’s Elves’ forest of Lothlorien Raglan decided we were going to be “a land of Kiwis, but in paradisiacal conditions, where all is great.” A ‘Save the Kiwi’ campaign was launched and crusaded to Babkha. Everyone had “Save the Kiwi” in there signature for a while. Also an environment friendly Transport system was discussed at this time.

Locke returned about then and as he had only been banished for 26 days claimed again to be Duke of Lothlaria. Eventually a deal was worked out that made him the Baron of Velouria, Nothing much ever happened there (The Velouria Weekly Post posted once…) and it was put back into Lothlaria by the end of July. Here is a nice little blurb written about the area by Locke. Quote:

“Velouria is a small barony located in a region once known as Lycurgia. It's capital city, Everhyld, is located in northern Velouria and is the home of much of the barony's population. The barony is ruled by a legislative body that is composed of representatives from every community within the borders. The Terminus (baron) of Velouria, Philip Locke, has the power to veto bills passed by the Communal Congress and may dissolve the body at will. While Velourians recognize Raglan as a great man and an able ruler they rarely think of him as their ruler. Rather, they look to CC and Locke as the 'government' and true leaders. Velouria was founded on July 23, 2002 by Philip Locke, who, ironically, also founded the duchy in which Velouria resides.”

By July Raglan had not posted for several weeks at least. I became Duke in October 2002 by default after siding with the right side in a civil war (Hint: Go for the side with Erik).

Jaris mostly stolen from Scott, honestly a good 90% of it The territory of Jaris decided to join Shireroth in January, 2002. This was all nice and well except that they were already a part of the state of Interland. Joe Whit, their leader, said he could do whatever he wanted, whereas the Interlanders said he had to stay with them because he had already committed. Since Julian Starr was involved, it was inevitable that fifty somewhat disconnected and incomprehensible threads were posted on the subject, but eventually it was settled rather peacefully (to the surprise of many) when Interland agreed to sell it for a payment of Tymarks. Peter Little joined Shireroth on the 25/2/02 and became a Jaris citizen. On the 25/2/02 Emmaline was annexed by Shireroth and got merged into Jaris. Here is some more written by Scott Siskind, this time a blurb on the territory; Quote:

“Centrally located between the Imperium of Cognito and Lac Glacei and Lyrica, Jaris is of extreme strategic importance. After a Cognitan emperor of the Jacobin dynasty launched a failed attack on Lyrica in the first century ASC, the two nations were extremely hostile, although there was a weak pro-Cognitan faction in Lyrica which gained power from time to time, decreasing the intensity of the conflict. But by the fifth century, animosity had extended to the point where the Cognitans were building an armada to take Lyrica by the sea. As part of this plan, the outlying island of Jaris, which was formerly unpopulated, was colonized by a number of Cognitan sailors and military men as an important supply base. As the invasion fleet grew, two more outposts were set up. Yet the invasion failed, miserably, and led to a Lyrican counterattack in which Jaris was taken completely and Lyrican troops pushed all the way to the gates of Ergosum, the Imperial capital. Fearful of a revolt and mindful of the strategic importance of the isle, the Lyricans launched a successful colonization effort, and soon they outnumbered the original Cognitan population by a significant margin. When the Empire took Jaris back in 735, they too tried colonization, but less successfully - by this time a distinct Jarisean culture had formed that the Cognitans could not supplant. In 801, a treaty between the victorious Lyrica and the now-defeated Empire gave Jaris back to the Lyricans, but this time Jaris was not willing to be traded like a pawn. Under the leadership of Governor Philban, they revolted, and fought off both sides for nearly a century. Finally, though, they wearied of war, and Philban's son approached the Kaiser of Shireroth about making it a Duchy in exchange for protection. The Kaiser agreed, and Joe Whittaberg, a leading pro-Shireroth citizen, was made the first Duke. Meanwhile, the war's effect on the Empire and Lyrica was no less drastic. Lyrica collapsed completely into anarchy because of protests, and Cognito joined Tymaria as a state. Jariseans, although now a Duchy, still feel a close bond to the Empire of Cognito and Lac Glacei. Due to their distance from Shirekeep, very few of them are interested in Shirerothian politics, and most are content to let the Kaiser run things with minimal input, making Jaris Shireroth's least active Duchy.”

With Jaris suffering from chronic inactivity and with Kaiserial approval Lothlaria Troops (in ceremonial gear) marched into Jaris in January 2003.

The United Imperium of Cognito & Lac Glacei When the United Imperium was accepted into Tymaria on about the 25/12/01 there was some controversy. Emperor Jacobus did not have a good intermicronational reputation. However with the falling of Tymaria it was eventually merged into Shireroth and from there into the Jaris Duchy. With Warvoid recently claiming Lac Glacei this territory has been thrust back into the spotlight. David Noseworthy Beckford is currently Governor of Lac Glacei as recognized by Shireroth.

Mondesia Mondesia is made up of two former countries named (surprisingly) North and South Mondesia. South Mondesia contains two ancient micro-monde nations Saskberta and Camerica (only New Macadam and Amerada were in micro-monde before it). Camerica and South Mondesia were both possessions of Peter Little, infamous for his bad spelling. Glen Bohach (I find it scary I still remember his last name) owned Saskberta which was then merged with Camerica to form South Mondesia. North Mondesia was then formed by Glen Bohach and became a Monarchy. Both nations first applied to join the MCS map on the 26/1/02 (Coincidently one day before Akjerborn). On the 18/2/02 South Mondesia and Tymaria signed a Mutual Defence pact. Seeing as both militaries were run by Liam Sinclair and Peter Little this was no great surprise. It eventually became a “Free State” of Shireroth and Erik was made King of South Mondesia after a Rec-war. When Little got involved too deep with the Baracoans and his account got hacked he left micronations and Mondesia became part of Shireroth, under Lothlaria rule. Technically Liam Sinclair was appointed Governor by Little and so I suppose remains so until this day.

Notes Somehow we also picked up the Barony of Vervollkommnung along the way. Reference has been made to Lothlaria once being called Lycurgia, however no proof of that has ever been seen by me. Personally I think that the Dromka province from Akjerborn may have been renamed to Lycurgia when it joined Tymaria however no records survive.