From MicroWiki, the free micronational encyclopædia
(Redirected from Licentia)
Jump to navigation Jump to search

The Socialist Republic of Licentia (SRL), commonly known simply as Licentia, was a communist micronation that was originally established on June 4 2008 following a revolution in the Kingdom of Licentia. Founded a second time on February 7 2009 after its collapse in late June 2008, the Socialist Republic was one of the three founding constituent countries in the Union of Socialist Micronational Republics. Licentia was a single-party state that has been ruled by the Licentian Socialist Workers' Party, a member of the Communist Party of the Union of Socialist Micronational Republics, since its re-founding. It was the only non-Rennie-Gaffneyist state in the Union.

The Socialist Republic was born out of the Crimson Uprising in the northern territories of Licentia in April 2008 which resulted in the founding of the Democratic People's Republic of Bzan. A small group of Socialists in Licentia who had not join the Bzanites, lead by Michelle Yui and Karolina Wilson, came to the conclusion that the Kingdom of Licentia was actively working to destroy Bzan and reabsorb it into the Kingdom's territory. When Bzan inevitably collapsed and was indeed reabsorbed, Michelle Yui officially founded the Movement for Socialist Reform with the intention of overthrowing the Crown, believing that the Licentian government was to blame for Bzan's failures.

On June 1, 2008, whilst the King was on a State visit to an allied State, Michelle Yui officially called for an uprising against the Crown and the June Revolution began in Licentia, with some support from the International Community of Bzanites. By June 4 the revolutionaries had successfuly seized control of Licentia and officially declared the establishment of the Socialist Republic of Licentia. Royalists and Socialists continued to fight until P. J. Gaffney successfuly mediated peace talks between them, resulting in the so-called two-state solution in which both the Kingdom and Republic retained their autonomy. Inevitably, the events of the Revolution and the divide proved fatal to both States.

On February 7, 2009, the Socialist Republic was re-established as the third constituent of the Union of Socialist Micronational Republics, with the Licentian Socialist Workers' Party becoming the ruling Party of the nation. 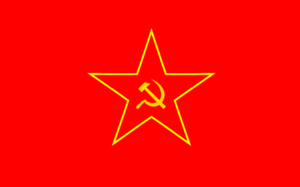 Modern Licentia was a one-party communist state in which the leading political authority was the Licentian Socialist Workers' Party, a Marxist-Leninist political organisation that was a member of the Communist Party of the USMR. The LSWP appointed all government officials and legislators, granting it absolute control over the State and the national economy.

Officially, the highest organ of national power was the Supreme Soviet of the Socialist Republic, a national legislative body comprised of LSWP members who voted on new items of legislature. It was rare for a bill to go before the Soviet without first being approved by the LSWP's legislative regulators. The Socialist Republic had three regional legislatures also, known as soviets, to govern the regions of Payon, Skia and Kalin. The leader of the Republic was the premier, who also served as Chairman of the Presidium of the Supreme Soviet.