Kopernik, officially the Kopernikan People's Republic (Polish: Kopernicka Republika Ludowa), was a self-declared enclaved independent state with little or no international recognition, and asw commonly referred to as micronation by external observers. Kopernik was located in Eastern Europe, and had border with Poland and Kingdom of Grzibowitz. The capital was Arcasia, being located in Province of Arcasia.

'Kopernik' is a surname of famous astronomer Mikołaj Kopernik, the patron of the housing estate from which Kopernikan People's Republic derives.

Slavic Kingdom of Cigarettes and Beer

First Kopernik nation was Slavic Kingdom of Cigarettes and Beer (SKCB), founded by Jan Dylan III on 13 June 2019. SKCB had 3 citizens, a constitution, and a tax system. Kingdom money was spent on cigarettes for all citizens. However, the leftist idea of relocating money did not please the citizens, which led to the overthrow of the king on August 2019 and the end of SKCB. 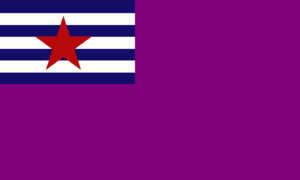 Flag of the Kingdom of Western Zabrze (2020) 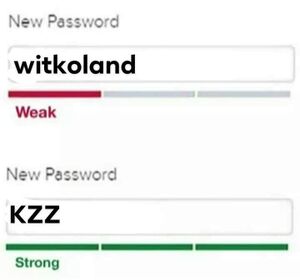 Propaganda poster from the period of the Kopernik-Witkoland War

On April 2020, Jan Dylan III founded the Kingdom of Western Zabrze (KWZ). KWZ had 7 citizens, a constitution, anthem, a physical flag made of old t-shirts, a website, no taxes and a small army (3 soldiers). There was even a war with other micronation, United Witkoland Empire. The country was dissolved on 28 June 2020 due to inactivity and lack of ideas.

Jan Dylan III on 14 June 2021 founded the New Kopernik Empire as an absolute monarchy, but on 23.06.2021 he changed government type to constitutional monarchy, and appointed the Ministry of War and the Ministry of Justice, and started writing a constitution. He also changed coat of arms, anthem, and created an administrative division.

29.06.2021 is date of federal revolution- Jan Dylan III changed government type again, and created Federal Republic of Kopernik, with an administrative division of 5 states. Ministries have been removed, Senate (all 5 governors of states) have been created, constitution and coat of arms have been changed.

8.07.2021- Communist Party has a majority in the Senate. In the Senate, the name change poll appears, and the name is changed to Socialist Federal Republic of Kopernik. Dylan Voronin (Jan Dylan III) is still the president, Xares becomes vice-president, and the country is officially socialist, communist etc On 13 July 2021, states became oblasts, governors became General Secretaries, president became First Secretary of SFRK

10.01.2021 -The beggining of the January Revolution, aimed at returning to the times of the SFRK and restoring socialism in the country. The constitution was suspended pending the writing of a new one. Brzustov, Anaszacht and Maciejov were incorporated into the borders of the Kopernikan State. Later name of the country changed to Kopernikan People's Republic.

17.01.2022 - Kopernik caused Micultchuse Uprising due to rejection of a communist ultimatum by Kingdom of Grzibowitz and created Micultchuse Military State as puppet state.
20.01.2022 - Kingdom of Grzibowitz declared war on Micultchuse Military State, and Kopernik joined this war on Micultchuse side. 4 days later (24.01.2022) Socialist Republic of Stanica joined this war on our side. (Kopernikan-Grzibowitzan War)
04.02.2022 - Project ,,Republic" begins, so Kopernikan People's Republic starts to dissolve to build a great country on ruins of Kopernik.
04.02.2022 - The war between Kopernik and Grzibowitz ends, Kopernik is dissolved.
05.02.2022 - Republic of Arkazja