From MicroWiki, the free micronational encyclopædia
(Redirected from Kingdom of Gratismansland)
Jump to navigation Jump to search 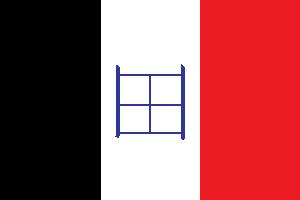 The Kingdom of Gratismansland was declared independent from the USA on October 24, 2010. It became an Enlightened Absolutist Republic on March 5, 2011. It was renamed Gratisia about one week later.

This nation is its own country based on the self-determination clause of the Montevideo Convention and is not a joke or secessionist state.

The Republic currently claims thirteen territories around the world:

Gratisian government is an Absolutist republic that is run by the Supreme National Guide. The Supreme Guide runs every part of the Gratisian Republic.

The Gratisian Governmental Code can be read here: [1]

The currency used in Gratismansland is the wonderful candy you know as Skittles.

There are also paper notes for large amounts of Skittles.

Gratisians are diverse and good people.They commonly are funny and normally are cool.

Other holidays may be celebrated for personal or religious reasons.

Gratisians believe very much in their country's strength and honour. Their love for the king and the country is undying.

Symbols of the Country

Friends of the State

Enemies of the State

Relations can be achieved by emailing therexkeeper@aol.com