Unova, officially the Sultanate of Unova, is a micronation located in Malaysia. Unova was established on 16 April 2017 by Alif Najmi, Prince Afif Fasih, Princess Adni Sofia of Sentosa.

The name "Unova" is derived from the Unova region in the Pokemon: Black & White Series.

King/Sultan Aliff Najmi declared Unova independence from Malaysia in the state of Saujana on 16 April 2017, resulting in Saujana becoming Unova's first state. After 5 days of its existence, Union was added into Unova as a state.

Unova is a Parliamentary Democracy and Constitutional Monarchy, with the head of state being the current Sultan and the head of government being the Prime Minister, who is the leader of the ruling party. Either every 6 months or 1 year, citizens vote for their state governors in their respective state, who are chosen by their respective parties to partake in the elections. Unova has only 3 parties: the Unova Progress Party(UPP),Unova Simulrist Party (USP/VAST) and the Unova Islamic Party(UIP). Originally, a candidate for Prime Minister had to be a Malay citizen; however, in December 2019, the King signed an amendement of the Constitution, which granted other ethnicities and races to run for Prime Minister. The country 1 till 4th prime ministers are at some point elected by the king because during that time,Unova does not have alot of citizens. But the current prime minister of Unova is elected by the people of Unova,which makes him the first actual Prime Minister of Unova.

(After the signing of the changing of government and law of Unova on 26 March 2021)Unova is Constitutional Monarchy and Governor Democracy, with the head of state and government being the sultan and his appointed Bendahara or Vizier in english as the administrator of government and head advisor to the Sultan. Bendahara is elected every 5 or 6 months by the Royal Council. The Royal Council consists of each representatives from all states and districts. Every month they will held a meeting to discuss the current issues regarding the nation with the Sultan and they will vote on laws and amendments if necessary. Among the members of the royal council are the 5 Pembesar Diraja or in english as the 5 Royal Leaders. These 5 royal leaders are The Bendahara(Grand Vizier), the Vice Bendahara(Deputy Vizier), Temenggung(Head Chief of Defence and Social security) , Minister of Islamic Affairs and Head of Diplomatic and Foreign Relations. All 5 of these Royal Leaders are directly chosen by the Sultan without the requirement of the agreement of Council(except for Bendahara). Unova also consist of 4 Government Ministers(Minister of Health, Minister of Internal Affairs, Minister of Education,Minister of youth and Sports). The 4 Government Ministers are chosen by the Sultan with the consent of the Bendahara. The Bendahara helps the Sultan to administrate the 4 Government Ministries.

After the merger of Unova and Recanesia, Unova becomes one of the two greater states in the Unified Malay Sultanates. However the Unified new nation did not last long, and many Unovians were dissastified with the Government which comprises 90% of Unovian citizens.

On 18 February, the Sultan of Unova offcially declared Unova to be independent and free from UMS. After discussing with the Recanesian Sultan, both nations agreed to split and dissolve the Unified Malay Sultanates.

Unova consists of 6 states and One Province: Union, Saujana, Sentosa, Nagashimah, Hacadi, Asmardana and Pulau Chine(Pro) , with the capital city being located in Union. Originally, Unova consisted of the first 3 states; however, Nagashimah was established in 2019, and Hacadi joined the Kingdom on 9 May 2020.

4 of the states are landlocked inside the Malaysian state of Selangor, while another is located in another Malaysian state, Johor. The province however is located in the south China Sea and it is one of the only land claims in Unova. The province also does not represent it self in the Royal Council of Unova and The Royal and Peoples Council of Unova

Unova has a population of 40 citizens, 30 or more citizens of whom live within Malaysia.The State of Sentosa has the greatest population of all the Unovian States.

The primary working language and most commonly spoken language in Unova is English. In Unova, Malay is the National Langguage. However, Chinese ,English and Tamil is considered to be an official langguage in the nation as well. Many Unovian also have proficiency in speaking two or more langguages. A small minority of Unovians also knows how to speak Unovian Malay Dilect.

Unova is a half secular and half Islamic country. The nation's official religion is Islam which 66% of its citizen are Muslims while other minority religion also includes Christianity, Buddhism and Hinduism. 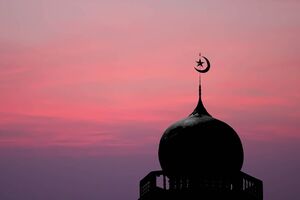 Adat Bangsarajja or also known as Bangsarajja, is the royal customs of the Unovian Monarchy. It is currently still being used. The Customs exist in order to protect the rights of the Royal family and to protect the religion of Islam in Unova.

The Bangsarajja requirements for an heir or next in line to the Royal Throne are:

If a person does not meet these three requirements, than that person could not be crowned as Sultan or head of State of the Sultanate. The Adat Bangsarajja also states that the heir to the throne does not necessarily comes from the two Royal Families of Unova. Lowborn are also accepted as Sultan as long as they meet the three requirements. The Bangsarajja customs also lets female to be the Sultan of Unova, however these are very rare and the title must be changed to Sultanah. The customs also states that an heir can either be chosen by the Sultan or either be chosen by the Royal Family. The Royal Council of Unova(Its National Legislation) does not have any power to revoke or disagree on matters of who shall be the Sultan or the heir.

Bangsarajja customs when meeting the Sultan: