Ariff Daniel, born Ariff Daniel Bin Ismail, is a Unovian Politician. He also served as the State Governor of UNION from 1st June 2020 till 8th July 2020. He currently serves as the Crown Prince of Unova.

Born on 25th November 2008, he became a citizen of the Kingdom of Unova in 2020, and formed his own political party called Unova Unity Party. He was also the founder of the state of Hacadi. He is one of the most famous politicians in Unova because of his great idea, his movement to declare Hacadi independence from Unova despite having minority support by the people of Hacadi. He was also the first governor to be suspended because of his acts towards the Sultan and his racist remarks regarding Chinese Malaysians. However, after 5 months, the royal council lifted his suspension and he already realised his mistakes and promised not to make any further racist statements. He has been the Sports Minister, the Bendahara of the Sultanate of Unova, and also the Prince of the Sultanate. 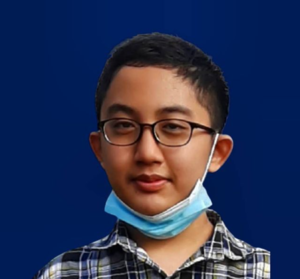 He was one of the key figures during the LGBT crisis that happened on the 10th of December 2020.

Positions Served In The Sultanate