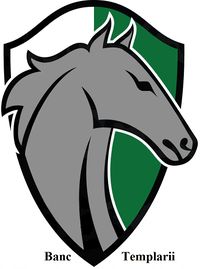 Silver is the main backing of the Templar Currency

The symbol for the Templar Crown:(╬), usually written after the numerical amount, is used for the Sovereign Templar Crown only, although it also used the pound sign in the past. The sign was adopted by the kingdom to distinguish it from the pound. So to make a difference  (╬) (the new symbol since 13-X-894, is now in use only) This currency is divided into 12 units. This currency is at a locked rate to the £.

Below are the designs for the STC bills and Coins

To see all the defunct banknotes of the Templar Kingdom go to: Gallery of micronational currencies 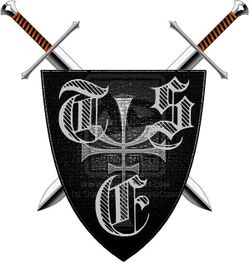 The Templar Stock Exchange is located in Peñiscola, Spain. (since 01-I-2013 AD) The Stock Exchange is a private organization with the purpose of creating an exchange rate for micronational currencies amongst each other and compared to the US Dollar, British Pound or EUR. Trading takes place via the internet. Micronational companies may also register here with a unique abbreviation. Registration, whether for a currency or company, may occur freely without prior approval from the Supervisor.

All new registrations are to be entered below, along with a predecided exchange rate to the Dollar or Euro. For companies, the value entered is that for ONE share.

How the TSX Determines Stock Prices

go back to:United Holy Kingdom of Beaulosagñe and the Knights Templar of the Holy Grail