Foundland. officially the Social Democratic Republic of Foundland, is a country with multiple prefectures around Europe, the main one being located in Germany. As of March 2022, Foundland had 46 citizens. The Foundland capital, which is called after the country is located here: 49.38048635850489, 6.6577334334574285. The other prefectures are called Danubia which is located in the Balkan region of Europe, situated between Serbia and Croatia and the German Foundland Prefecture, which is located at the Danube in Bogen, Germany. This prefecture is administered by Joel Eisenreich of the Kingdom of Bavaria.

The prefecture of Danubia has been referred to as "Zeleni Otok" by the locals. The entire area is a swamp situated on a floodplain. The houses already present on Zeleni Otok suffer from seasonal floods. Hence the government of Foundland has a plan on protecting the planned Buildings.

The Foundland Capital has been legal property of the presidents family for many years. It is located on a river, which is called Nied.

Foundland has no economy. There are however plans to make Foundland a leading power in the IT sector. Every citizen living on Foundlandian territory is assured social security, universal healthcare, free education and freedom of speech by the constitution.

The English name Foundland is derived from "Found-land", as in land which had been found.

The region of Danubiahas been referred to as "Zeleni Otok" by the locals. The entire area is a swamp situated on a [w:floodplain|floodplain]. The houses already present on Zeleni Otok suffer from seasonal floods. Hence the government of Foundland has a plan on protecting the future Buildings.

Foundland was established on the 19th of December 2020 by Nils Z. De Tourneau became Foundlandian Prime Minister after settling a dispute. Foundland has made progress ever since then, with the constitution being written in 2022.

After the resignation of Nils Z. as president of Foundland on 3 July 2022 and a short presidential term of de Tourneau, de Tourneau left the Foundland project after some conflicts with Foundland citizens and ministers. Foundland thus remains as a state, but Foundland is now also claimed by Duckionary under the name of Panagua. Foundland still holds claim to the territory, and Nils Z. decided to work as President again.

Foundland is a Presidential Republic with a parliament as its legislature.

Foundland has no military and has stated the intention of not creating one because does not support war. The only national protection is the national security, which also acts as the police. 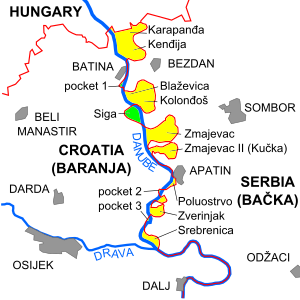 Foundland was located in the Terra Nullius named Pocket 1

A picture of Foundlandian nature

Danubia is located in Europe inside the Balkan region. It is located between Serbia and Croatia inside a Terra Nullius named Pocket 1. Danubia has a Mediterranean climate. It is entirely covered in trees and has access to the ocean through the Danube.