Republic of North Altania or North Altania is a Single-party state, led by the Republic's founder, High Chancellor David Black who founded the micronatio on 17 March 2009, and is the leader of the Communist Party of North Altania which was founded after the Northwood Civil War. The Kingdom of Altania was split after the invasion of the Republics predecessor, The Red Faction, that had occupied much of the Empire of Northwood's lands in Tower Hill. A peace was agreed upon at 20:00pm 17 March 2009 and is now called The Saint Patrick's agreement and the Republic's national holiday. As a term of peace, North Altania has joined the League of Merseyside Micronations and will also sign the Treaty of Aintree in April 2009.

High Chancellor Black was a General for The Red Faction in the Northwood Civil War. After the battle of Northwood Plain, General Black requested that he lead an invasion force into Altania to secure land for the Faction. The factions leader approved and he set out with 27 soldiers to take Altania. After the take over The Red Faction collapsed within hours because soldiers had been moved from the border and weakened the Faction from the Northwood Army. General Black took command of the remaining forces and negotiated a peace with the League of Merseyside Micronations and formed the Communist Party of North Altania to rule the new single party state, to act as the central government, in command of the Federal Districts. As of 24 March 2009 the border district has been put under martial law to protect the peoples and lands of the Republic from the armies of the Kingdom of South Altania, led by senior party member and ex-Faction veteran Comrade Marshall George Dalzeil, who wis also the commander of the North-South Altanian front line.

The Republic of North Altania occupied the county's of Riveria and Capital, named by the Kingdom of South Altania before the invasion. After the occupation King Ian the Great of Camuria and Emperor Vincent of Northwood negotiated with the Red Faction leaders to only occupy Capital. 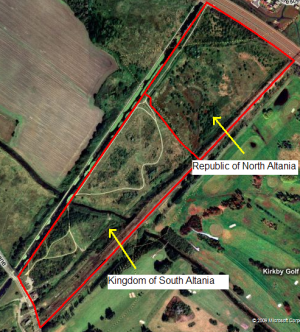 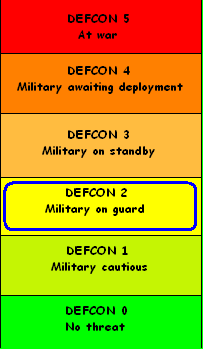 After the start of the Camurian War peace was agreed upon in the AAltanian War and new alliances between the three micronations involved were made. The Empire of New Europe does not believe the validily of the Republic and the Communist Party of North Altania are meeting to discuss in the Central Committee later in the day. 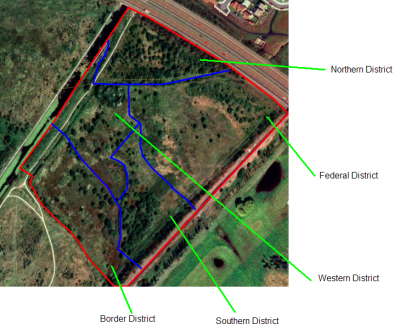 The Republic of North Altania is split up into five federal districts, all controlled by a smaller faction of the Communist Party of North Altania, which reports directly to the Central Committee of the Communist Party of the Republic of North Altania. The districts are are controlled from the Federal District, where the capital Castleton is located on castle hill. The Border District has recently been put under martial law and is commanded by Comrade General George Dalzeil, due to the threat of another invasion from the Kingdom of South Altania, of which North Altania is at war with.