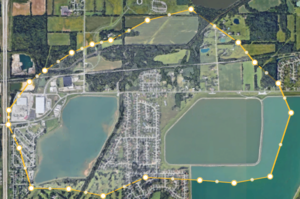 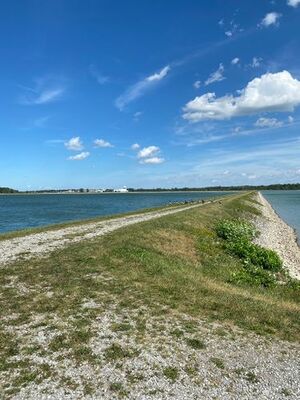 A picture of lake Metzger in Metzger, Ottawa

The Free City of Metzger was created on 14 November, 2021, on the same day the Commonwealth it resides in was founded. The very next day, the current governor/mayor[a], Parliament, was elected. On 18 November, 2021, the first armory and mint of the Commonwealth were created. The December Revolution took place in Metzger from 13 December, 2021, to 3 January, 2022, ending with a truce and victory for the commonwealth. On 23 January, 2022, the free city was expanded, growing to 4 kilometers squared, and encompassing all three major lakes. On 6 March, 2022, the first newsletter, the now discontinued Ottawan Inquirer was created and based in Metzger. Finally, on 17 May, 2022, the governor of Metzger stated their support of the admission of both Slugtopia and a new, unnamed province, comprising the main military base in the Commonwealth.

The current head of Metzger is the incumbent Parliament, which has been governor since founding. The two main parties in the commonwealth are the republican party, and the socialist ottawa party. Currently, the republican party is dominant in Metzger.