The Mycus Republic was a micronation created by the MYCUS Group, it has its origins from a Minecraft server, but it ceases to exist on 2 June 2019.

The MYCUS Republic was born officially on 2 August 2014 on a Minecraft server, through an agreement of the high representatives of MYCUS as a community on the internet, but has become a recognized nation only in 2018.

The Republic of Mycus was a multicultural country and had a diverse culture, mostly mycusian are atheist but among those who practice religion there 94% Christian,4% Muslim,0.96 % Hindu,0.04% Buddhist & 1% Other.

It had 3 active and 5 reserve personnel equipped with soft air rifles. It had a navy of 2 ships, a motorboat, and an old wooden boat.

The police of the Mycus Republic was the main police force of Mycus City. It was charged with the day to day enforcement of Law and order. It was an unarmed force, in line with the government's 'Policy of Peaceful existence'.

The MYCUS Republic did not give much importance to sport, in fact it was opposed to any type of supporters fierce in sport, the Republic has adopted Gaelic football as a national sport because it considered it much more interesting than the normal one, but had also adopted it as a sign of friendship with Irish members. The MYCUS Republic had a national team or the MYCUS Football Team which is used both for the football team and for Gaelic football. It also owns a sports league the MYSL (MYcusian Sports League) where any sport was practiced.

The climate varies with cold winters and humid summers.

All goods that are produced by the MYCUS Group like videogames, application and various electronic devices they are all goods sold around or on the Green Market and primary goods are imported from Italy.

The MYCUS Republic established and maintained diplomatic relations with other nations recently, and the nation's diplomatic apparatus was constantly developing. 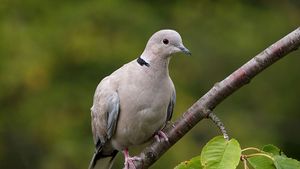 This is a collared dove, is a very present bird in the area, symbol of hope in the MYCUS Republic

In the Mycusian culture people were very open and always willing to help.

The Republic of Mycus as a advisory body called the Council of Members. Tge members could decide or give advice for the group. 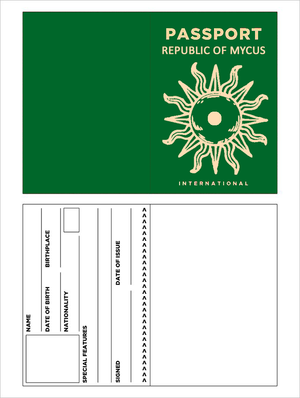 This is the official passport of the MYCUS Republic

Article 1. The Republic of MYCUS is a semi-presidential republic founded on labor, where sovereignty belongs to the people, is based on the principles of democracy. Article 2. The Republic guarantees the inviolable rights of the people, and requires the exegution of the mandatory duties of political, economic and social solidarity. Article 3. All citizens have equal social dignity and are equal before the law without making any distinction. Article 4. The Republic recognizes all citizens the right to work. And it recognizes only those who really engage in work and in society. Article 5. Everyone has the right to express and spread his opinions freely with words, writings and images, and to inform himself without impediment from sources accessible to all.They are guaranteed freedom of press and information through radio and cinema. No censorship can be established, and false information can not be disseminated. Those who do will be punished according to the law. Article 6. Our constitution is rigid and short.

There are only 2 political parties