The Kingdom of Normark, more commonly known as Normark, is a Micronation which claims to be a sovereign state with territory located in North America, currently consisting of territories in Vienna, VA, Richmond, VA, and Williamsburg, VA, making it an enclave of the United States.

Normark is a parliamentary constitutional monarchy based off the United Kingdom. The nation is currently ruled by, Maximilian I, who has ruled since the nation's foundation. The nation falls under classification 4 on the Boodlesmythe-Tallini Classification, making it a 7th world nation.

Normark's History is very short, but previous micronations that the King has been apart of share cultural ties with the Kingdom. Many of these include Caudonia, Cloverzem, Auvenum, and Aenderia. Two of these nations no longer exist. Many citizens of Normark are former citizens of one of these nations or the United States.

The Kingdom was founded on the 28 October 2019 by Maximilian I, King of Normark. The constitution was later drafted but was never ratified. Upon establishment, the country annexed the cities of Frankbaden, Wanyestadt, and Mouvelle. On January 11, 2020, a discord server for the nation was created in response to inactivity. In December 2019, government agencies were created and a police force was officially ratified by the King in the New Year. The National Field Police was formed as the Kingdom's national police force.

A few days after 11 January, the Norman Empire was formed comprising of all Norman Colonies.

The Legislative Branch is composed of Parliament. Parliament includes two legislative houses, House of Subjects and the House of Lords. They propose bills and make laws that are to be sent to the King.

The Ministries of the Government, or departments, are government agencies assigned to different tasks throughout the Kingdom. A list is as shown;

The Naval Ensign of Normark, pictured above, is used in flags of many different Norman Colonies

The culture of Normark is defined and closely related to the culture of the United States, State of Virginia, and the country of Germany. Religions practiced in Normark are Lutheranism, Presbyterianism, Baptist. Normark also has a vast Internet Culture including the enjoyment of "Memes". Normark claims to be a very diverse state. 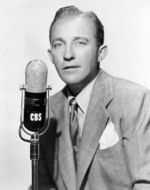 The music atmosphere in Normark could be considered "one lost in time". Many Normans love to listen to Swing Music from the 1920s, 30s, 40s, and 50s. Including classic music artists like Bing Crosby, Frank Sinatra, and Dean Martin.

Some of the most famous pieces of culture are the Architecture of Normark. The Short Pump Mall is one of the most famous structures located in Normark. Mount Vernon Baptist Church is the largest church in the Kingdom. Another large piece of Architecture located in Normark, is the local high school. The High School is the current educational establishment that the King attends.

The Transportation of the Kingdom is composed of mainly cars and buses along the main roads. Traffic is a big issue that the Kingdom has to deal with, but with the Henrico Constabulary traffic issues are resolved quickly.

Normark has many different businesses located within it's borders including Wegmans, Chick-Fil-A, and even a Hilton.

Subjects of His majesty speak usually one-two languages of these three; English, German, French. The Native population speaks English while others speak the other two.

National holidays practiced by the Kingdom are significant to the country's history, and culture.

Categories:Former micronations in the United States