The Kingdom of Finismund, formally known as Finis Mundi Terra but usually referrd to just as Finismund, was a Spanish micronation founded in 2008 claiming several Antarctic territories, grouped in Autonomous Communities. It was particularly famous due to its involvment in the Rhodesian War where it was attacked by the Republic of Rhodesia (now dead). The micronation was disestablished in December 2009.

The death of the Kingdom resulted in the so-called Scramble for Finismund.

Byrda was discovered in 1603 by Gabriel of Castille, a Spanish explorer. Máximus was discovered on December 14, 1911, the same day that Norwegian captain Roald Amundsen first reached the South Pole. On November 8, 2008, on land that had not been claimed by any nation, Finismund became free, symbolic of the way of Petrus Máximus's governance of the Antarctic Empire. 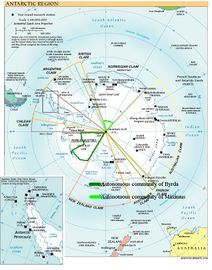 Byrda possessed a peculiar relief in the coastal zone, where, in places, the peak of Sipel is 4181 meters high. This makes is the highest in the entire Antarctic continent. In the low zone, there are the mounts of the Queen Maud, forming an intracontinental plain or orógen. The experts in geology dispute the possibility of this zone being a fragment of land connected to Antarctica due to tectonic plates.The evidence for this lies in a series of mountain ranges in the southern limits. Máximus was a simple plain on the Antarctic Plateau. 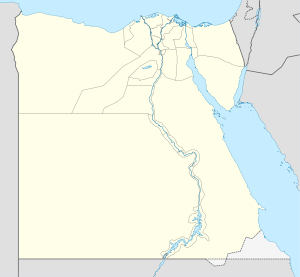 Bir Tawil Lies South of Egypt and North of Sudan

Following a border dispute between Egypt and Sudan, neither governments claimed a 795 square mile area located in-between the two countries, thus creating a terra nullius, or lack of claim on the land.  The Kingdom of Finismund claimed the area until the micronation went defunct on December 1, 2009.  In the wake of this, NottaLotta Acres lottan-blog.blogspot.com/2009/12/holi-c-unofficially-claims-bir-tawil.html claimed the territory as an exclave on December 4, 2009. They later gave up claims to Bir Tawil.

As for the economy, the Great Kingdom Finismundes, approved by his Supreme Excellence and the Highest Majesty Petrus Maximus I, established a free market, since it protects the Constitution of the micronation. This way, also stated by the Constitution, the Empire Finismundes is the form of currency. At present, a project exists for the creation of an economic international league of micronations and minor nations, called the Monetary Fund Intermicronational.

Finismund is a land practically depopulated due to, among other factors, the time and the climate. The nearest populations are the base of Amusend-Scott of the United States to the south of Finismund.

The climate is polar. This is to say that the temperatures are always below 0 Degrees Centigrade, with scant rainfall in the form of snow, an iciness and strong winds. The temperature is in the habit of being more severe in the zones near to the mountains, and the snowfalls diminish in the plain due to the fact that the saws near to the coast act as barrier before nubosidades. The temperature reaches these astronomic levels due to the fact that, since it is a zone near to the south pole, the inclinations of the solar graters are slightly perpendicular.

The life, due to the extremity of the polar climate, in terms of animal life, is restricted to populations of Weddell's Seals (Leptonychotes weddellii) or Tawny Seals, Emperor Penguins (Aptenodytes forsteri) and plaktonic organisms, such as Krill (Euphausia superba) and other species. As for fauna, it is restricted to mosses and the Antarctic Carnation, the Colobanthus Quitensis, Finismund's national flower.

On December 1, 2009, Terry Schultz of Marie State circulated an email among the Antarctic micronational community that stated that the King of Finismund has left micronationalism. Immediately the GAMA decided to made the land of Byrda a protectorate of the organization, the GAMA wants to preserve stability on Antarctica and prevent illegal claims.

The news that Finismund left micronationalism surprised us. Especially because Flandrensis& Arkel are situated inside the borders of Finismund and we’re very close allies. We support the decision of the GAMA and we hope so protect the stability in the region what is very important for Flandrensis and Arkel.