The Kingdom of Evanoria is a micronation founded in 2017.

The Kingdom of Evanoria of was named after a station on the Seattle-Everett Railway (now the Interurban Trail). The railway allowed Judge James Ronald, the owner of the land, to name the stop. He named it Evanor, after his two daughters, Eva and Norma. However, the railway quickly changed the name of the station to Ronald. Prior to founding the kingdom, King Peter I read this story and added the suffix -ia, denoting a placename, to the end. 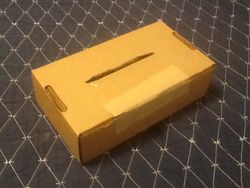 The ballot box used in the first Evanorian parliamentary election

The first session of the newly-formed parliament occurred during August 2017. During it, King Peter I was elected Chancellor.

On March 2, 2018, Evanoria celebrated its first Independence Day. During celebrations, four of the original five signatories of the Constitution and Declaration of Independence signed new copies of the documents, to be sent to the White House. (The original documents were never sent out, and were thought lost until their rediscovery in June 2018.)

The Legislative Branch consists of the five members of Parliament. This legislative body is elected using Party-list voting, and passes laws by a simple majority. 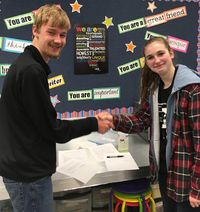 The Constitution of Evanoria delegates the conduction of foreign affairs to the Executive Branch. Although King Peter is in contact with many leaders from the Microwiki Community, Evanoria's foreign relations are fairly limited.

Nations with which Evanoria has a treaty

Evanoria's land claims consist of eight counties. These counties are all located in the greater Seattle area.