The Kingdom of Althacia (previously known as the Kingdom of Altania) is a now-defunct micronation located in the United Kingdom. Founded on 31 January 2009 by Daniel Hill, it is a Constitutional Monarchy which at one time had a population of 16. The national animal of Althacia is the cat. Its history is split into three distinct eras, but it is unknown how long these eras lasted or when the Kingdom became defunct. Whether or not this micronation is fictional is unclear. All known information about Althacia resides here.

Althacian history is divided into three eras: The Old Kingdom, The Crimson Rebellion, and The New Kingdom.

The Old Kingdom was originally named the Kingdom of Altania, and under the control of King Daniel and two Counts. The two Counts controlled smaller Counties for the monarch, but due to instability within the new government a Communist rebel force from outside the borders invaded and tried to carve out a new territory from the Kingdom. After a brief war a peace was made and the communists had to lower land claims and a new border was agreed in what is known as the Saint Patrick's Day Agreement, which marked the end of the Old Kingdom.

The Crimson Rebellion was a period in the history of Althancia betwee the Saint Patrick's Day Agreement and the Imperial Reformation when the Government launched a large two day campaign against the Communists to drive them from their homeland. The Communists began as a group called The Red Faction, who were a rebel communist group in the Empire of Northwood, but were losing the conflict and decided to find a new home, and invaded the Old Kingdom. After the invasion of Altania a peace was agreed and North Altania was set up as a communist state, and South Altania as the remnants of the original Kingdom. Later on, the two states were rejoined as the United States of Altania, but when the former communist leaders tried to remove the President another war broke out which carried on until the former South Altanian government decided to solve the Communist Problem by ordering the Imperial Reformation.

After the Imperial Reformation the monarchy was restored and the Kingdom of Altania was renamed the Kingdom of Althacia and King Daniel, who was leader of the country throughout all periods of history made himself King again and restored the old government, but made a tighter and more powerful government order. It is unknown when exactly the micronation became defunct.

Althacia has a Constitutional Monarchy, and power in the country is held by King Daniel, but his acts must be passed by the Royal Assembly before they are put into force. The members of the Royal Assembly are Barons who control areas of the country in the name of the monarch. The Barons have direct control over their counties in the name of the monarch. 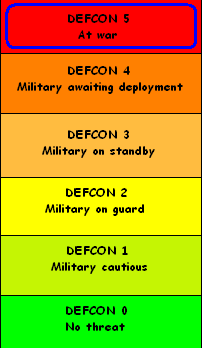 The Kingdom of Althacia is currently in a state of war, and is fighting in the Camurian War.

Current progress: We have now designed the HQ and are currently obtaining the resources needed to build it, we are very hopeful that this New HQ will be a thriving success among the Community.

Overall: steady progress being made to create a needed, well defended HQ.

Overall: Currently in the Production & Development stage but is likely to progress soon.

Current Progress: The outposts are still currently in their development stage, so there is not much to be said.

Overall: currently still in the development but showing signs of progress.

Current Progress: we are currently still searching for new tradable resources, but what we have found so far might prove to be very useful to have in the trading market and may bring some much needed funds.

Overall: we are still looking but have found some items that deserve some interest.

Current Progress: The defensive capabilities of these weapons are still being tested.

Overall: Much of the weaponry is showing good results and we hope to see more in the future.

Current Progress: Still in planning stage, no information available as of yet.

Overall: Still in planning stage, no information available as of yet.