Quertinia, officially the Federal Republic of Quertinia (Slovak:Quertínska Federatívna Republika''), is a territorrial micronation based in Slovakia. It is a parliamentary presidential federal republic, with a  multiparty system.

The claimed area was settled by Celts, Dacians, Quads, Slavs. It was part of the Slavic Samoś Empire, and Great Moravia.

The area was possibly part of Samo´s empire, but was for 100% part of the Nitran principality.

It seceeded from Slovakia on 28 November 2010 as the Kingdom of Rytierohrad. On 29 November, a rebellion created the Republic of Andyria. It won the following civil war and the Izbiac Republic was entablished. On the 30th November its president claimed some more land and created the Zapotôčkan Federal Republic, which was reformed on the 3rd December into the Zapotôčkan and Izerniac Federal Republic.

On 31 December 2010 the Republic of Tatinia occupied the caerie of Izba.

After the president of Tatinia saw that there was chaos in Izba caerie, he claimed the Moersia and Kupelia municipalities. Prince Eduard declared war on the Republic of Tatinia.

Few minutes after Cotinia declared war, the Tatinian defeated the Cotinians at the Battle of Adyr. The Cotinian Prince fled. Tatinian forces occupied the municipalities of Adyr and Calir and parts of the Raroh,Skrin and Novostol municipalities.

Few minutes after the battle of Adyr, the Price reorganized his units. When the Tatinian forces arrived, Eduard tried to surround them by his forces from Priokno, Astal and Postel.However, the Cotinian forces were utterly defeated. The Prince fled to Priokno, which became his capital for a half an hour.

After seeing such powerful resistance, the Tatinian president decided to divide Izba. After they met at Izba , large chunks of land, of former Cotinian land were occupied by Tatinia, including Skrin, Postel and Raroh. However, Cotinia gained control over Novostol, Ralo and Noerthern Scrin.

The Prince claimed two provinces on the 1st January: Livinia and Vevez.

After Cotinia reformed on the 2nd January into the Holy Euramerican Empire, Eduard I. Became the emperor on the 3rd January for "insuffiency of candidates", declaring that a new election will take place after there will be enough candidates. The republic was founded on 1 February 2011.

History after the Royal Revolution.

On the 29th April, the National Football and Baseball teams have played their first match.The King has restricted all gunpowder weapons, and the Prime minister has recognized many macronations.

On the 30th April, the number of citizens has reached 3.The King has led an expedition to Lesser Isarnia. A new state, the Duchy of Alpenhof, has joined the Kingdom.

On the 1st May, the micronation has started a website.

The 1st Besdomowcian war started on the 8th May 2011. It started because the Besdomowcii did not withdraw from the Lipanovsk municipality. Instead, they created their own state, the Besdomowcian Peoples' Republic.

The former king of Ponitria, Andreas I. abdicated and started a micronation called the Kingdom of Hirthania, claiming parts of Scotland, Switzerland, Greece and the Kerguelen islands.

The Lazany Conference was a conference that occured on the 2nd July 2011. Diplomats from Alpenhof, Hirthania and Ponitria took part and decided to stop fighting. This put the end to the Eastern Rebellion and led to the creation of the Quertinian Federal Republic.

The president is elected for one year. He can veto any law, and can forbid any military operation.

The Cabinet is formed from 15 ministries :

There are (to be) 36 councillors in the Federal council- two from each state. The territories do not send councillors here.

The Národná rada is composed of 50 councillors.Each state sends a number of councillors (varies from 5 to 1) and the territorries send 2  councillors collectively.

The head of the military is the Minister of Defence, however most states have got their own armies.

Quertinia is made up of eighteen states and six overseas territories.

The territorries are collectively run by one person, the minister of Interior. These territorries should be seen as a constituent part of the nation, but as colonial domains.

The quertinian quperni was introduced on 21 July 2011, when the first 5 banknotes each worth 5 quperni were printed. 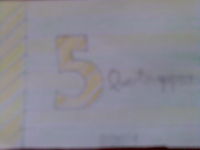 Before,there were two types of currency in Quertinia: the ancien Ponitrian strieborni based on silver coins and the euro.The governmnt is intending to create a new currency, but nothing was known about this new currency yet.

There are six citizens. The most common "microethnicities" are:

According to the statistics of 2009, the total number of residents (of the Slovakian part) is 67 890. Most of the residents are Slovaks. The major population centers are Prievidza and Bojnice

There is only one airport in Quertinia located in the West Prievidza Federation- it is called Západoprievidzské Letisko Nezávislosti.

There are harbours in the Kerguelen and Hebrides, and possibly on Clipperton Island, but some areas  (Rockall Island) are absolutely inaccessible. The Ile de Peilz is accessible only from Lac Léman.

The road system is the main transport used in mainland Quertinia

The railway system is formed from three stops : Czausa, Prievidza and Bresnien

The culture of Quertinia has been influenced by east-central european culture.

The most practiced religion is Roman Catholic