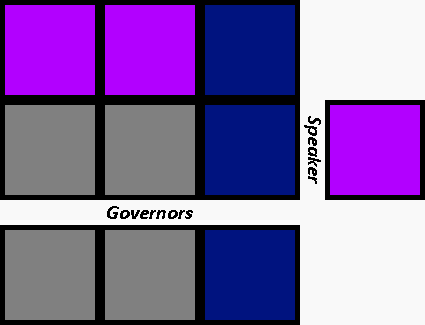 Parliament before the election.

The election is was expected to result in a Independent minority or majority, at the time it was not known the Humberlean Conservative League would have been formed. 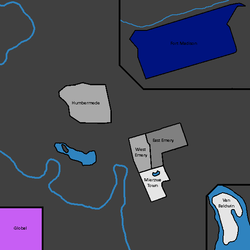 Election map during the middle of the election.

Late near the end of the election Isiah Burdette announced he was splitting off from the NHF party and creating the Conservative League of Humberlea, which was based off of the Matachewan Conservative League, Charles Slocum decided to join the party, this resulted in the possibility of a independent majority being destroyed. 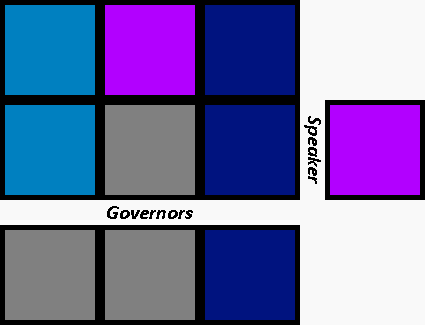 Parliament after the election.

After the election, the independents lost a seat to the Conservative League which meant they had lost their minorities and all independents but Alexander Maple were governors.

With keeping the same amount of seats, this election did not effect the Progressive Monarchists that much aside from the other parties effecting who they would side with. However it is expected the next election will majorly effect them with Beau Alexandria announcing she isn't running for re-election.

With losing a seat to the newly created Conservative League, the NHF now only has one seat (excluding the speaker), this indicates that the NHF is near the end, not to mention the losing of the seat makes it nearly agreed upon by all citizens the NHF is no longer a major Humberlean party.

Being formed during the election, the new party quickly gained 2 seats, taking one from both the independents and NHF, it is not known what direction the Conservative League will be taking by the next election but whatever it is, it will majorly effect Humberlean politics.