It is commonly recognised that by a few weeks after the collapse of Starhigh in early 2013, Ace, Menace and Cyberfall had all passed into inactivity and collapsed.

Numerous similarities existed between each of the below mentioned nations, these include a common national religion, currency and Head of State Head of State. Each nation also had it's own Parliament and Prime Minister (excluding Cyberfall which was non-democratic). It is an accepted fact that besides the Emperor, all other aspects of the governments in each of the member states were inactive and largely dysfunctional. Each nation in the Commonwealth shared the same goal as Starhigh, that was, to establish a Utopia with democratic and Christian values. When Starhigh relocated itself to Sydney, much of Starhigh's possessions and citizenry was given to each of the protectorates, much like the Germany.

Established in 2010, Ace was founded by the brother of Emperor Hugh McFarlane, Angus M, with assistance from Starhighan. Starhigh ceded some of it's capital city, Starville, to Ace and assimilated the nation into the Starhighan Commonwealth. For most of its history, Ace had a population of four, however this is figure is known to have changed significantly towards the end of Ace's history. Geographically and culturally, Ace shared strong ties with Starhigh and the two nations had the strongest relationship and interactions out of all the Commonwealth. It is not believed that any members were ever elected to the Acean government, and that instead, all local power was held with the Prime Minster (an Ace only role not existent in the other protectorates) Ace received very few citizens after the relocation of Starhigh, but those it did receive had very strong ties to Ace and its people. Prior to the relocation, a new Prime Minister was elected named Aiden F and Angus was relegated to Deputy Prime Minister.

The Capital city of Ace was known as Acaria and was built on the land ceded to Ace by Starhigh from its capital city Starville. This made Acaria similar to the Vatican City (Holy See) as being a capital region enclaved within another capital region. The national sport of Ace was, like Menace and Starhigh, football. On the foundation of Ace, Angus' most favoured animal was adopted as national animal, the lion. 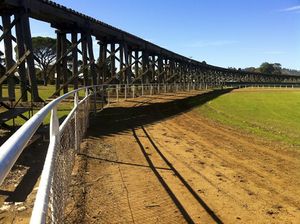 Menace was established by a close friend of Hugh McFarlane, Harry G, at some point in the year 2010. Menace, for most of it's history had nine citizens, mostly friends and family of Harry. Geographically, Menace contained two towns, Menae (capital city), with a population of five and Skylands with a population of four. As represented in its name, Menace enjoyed a rather militaristic culture and participating in the Starhighan-military complex. Theoretically the legislative body of Menace was the Menaceertie Parliament, but no records exist that any members were ever elected to it. All power appears to have been exercised by the Governor, Harry. At its dissolution, Menace had a population of nine, half of which had been received from the Starhigh after its relocation.

Founded by Tyler RM (Novermber 21, 2011), Cyberfall was the youngest member of the Commonwealth. Cyberfall was well known throughout the Commonwealth for a shared interest in the Transformers franchise amongst its citizenry, which had a huge effect on the culture and general atmosphere of the nation. Unlike the above nations, Cyberfall had an appointed Governor who ruled on the behalf of the Emperor and was not democratically elected. Cyberfall was known to have received a sizable amount of Starhighan assets and at least half a dozen citizens when Starhigh relocated. According to records, the national sport of Cyberfall was chess and the national animal, the Hawk.