Saltanat Al 'Ahlamistan was founded as a self proclaimed Virtual Micronation on 25 Radjab, 1442 (9th March, 2021) by Self proclaimed Sultan Ul 'Ahlamistan Muhammad Sheikh Ishtiak bin Mortuza, who is the only real human citizen of this country and rulling the country until today. But on 24 Dhu al-Hijjah, 1442 (3 August, 2021) Sultan decided to claim Ramna Park as the sovereign territory of 'Ahlmistan.

Actually, it's a fantasy universe of Sultan, and he is the only "Real Human Citizen" of this nation, all others are imaginary. Politically, it's an Absolute Monarchy, Sultan holds the power of legislation.

On 25 Radjab, 1442 (9th March, 2021) 'Ahlamistan was formed by a declaration issued by Sultan Ul 'Ahlamistan Muhammad Sheikh Ishtiak bin Mortuza. The Sultan immediately issued the creation of a National Flag & Emblem. He decided 'Ahlamistan to be an Absolute Islamic Monarchy and a Completely Virtual Nation without claiming any real teritory. But on 24 Dhu al-Hijjah, 1442 (3 August, 2021) Sultan decided to claim Ramna Park, a large park and recreation area situated at the heart of Dhaka, the capital city of Bangladesh, as the sovereign territory of 'Ahlmistan.

'Eayilat Al Sheikh is the ruling family of 'Ahlamistan. Sultan Ul 'Ahlamistan Muhammad Sheikh Ishtiak bin Mortuza is the founder and current head of the family.

'Ahlamistan doesn't have any Armed force, because Sultan doesn't like violence. But, on 24 Muharram 1443 (3rd September 2021) Sultan announced to build up an official Cyber Army named 'Ahlamistan Cyber Protectors for Cyber Security & Protection.

This army fights to protect the Saltanat from cyber attacks.

In terms of foreign relations, 'Ahlamistan is completely not interested to take any step right now and near future.

'Ahlamistan announced it's own currency named 'Ahlamistani Dinar (ASD). It is a Gold Standard currency, where 1 ASD = 4.25g Gold.

Coin Bank of Sultan (CBS) is the state bank of 'Ahlamistan.

Saltanat Al 'Ahlamistan an area of 68.50 acres (277,200 m2), of which the lake covers 8.76 acres (35,500 m2). Here now grows 71 species of flowering trees shrubs, perennials, and annuals, 36 species fruit bearing plant, 33 species medicinal plant and 41 species of forestry and 11 other species. Walkways inside Saltanat have been widened and five new gates built for entry from different sides. Saltanat features many beautiful and modern venues for relaxation, which is maintained by the PWD.[1] 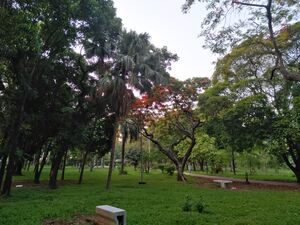 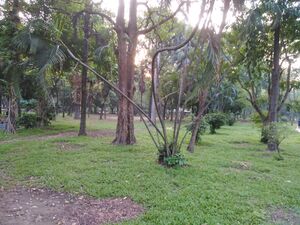 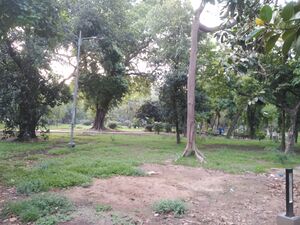 Both Bangla and English are spoken within 'Ahlamistan. The Arabic language is also used in religious ceremonies.

Since the only citizen here is sultan himself and he is a Muslim, it is a 100% Muslim country.

'Ahlamistan counts with a varied range of holidays, festivals and celebrations. Most 'Ahlamistani holidays are of Islamic.