The Royal Galacian Air Force (RGAf), codename "Red Falcon" is the aerial support branch of the Royal Galacian Armed Forces, dedicated to securing the borders of Galacia by, in this case, air combat. The Commander-in-Chief of Operations is His Majesty King Anonymous. 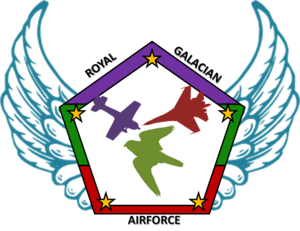 The Air Force was created in November, 2011, alongside the Army and Navy. Almost all of the combat in the air is organized and executed by the Air Force alone-however the operations that include the other Armed Forces branches have cooperation between the branches.

Abbreviated form of the Air Force is RGAf, with a lowercase "F", as to avoid confusion with RGAF, the umbrella department of the Armed Forces.

The size of the Air Force is actually fairly large.

All planes at the current moment are created out of paper, however an RC plane may be used in the near future. The Surface-to-Air Missiles, also known as Anti-Air Missiles, are made out of a confidential substance that enhances Vinegar and Baking Soda Missiles (VBS Missiles). 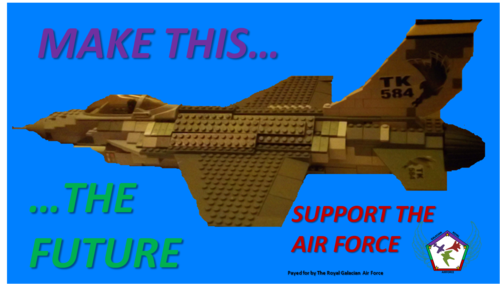