The Republic of Macéyon is an sovereign state and a micronation in the New South Wales region of the Central Coast, established on the 27th of May 2019 by Dean Liddell. The Republic of Maceyon, currently lay claims to 1,632 km2 of area including water into the South Pacific Ocean. The current leader of the nation, by default is Dean Liddell and is open to having someone lead the nation and be the first elected head of state in the next coming few years. The country has been taken over and adopted by United islands of america .

The Government of the Republic of Macéyon is a democratic elected nation, however there has no elections has of yet. However, there is to be an elected body of 9 individuals, to be no political parties, in order for the government to be as unbiased as possible. The head of state shall be elected by the people along with an election by all the citizens, there is no dates as of yet for the election dates, nor how many years between each election as of yet.

The Constitution of the republic was published on their website with five articles, they are:

The current head of state, being Dean Liddell, declared the nation to represent the people of the Northern region of the Central Coast and parts of Lake Macquarie, in the Australian state of New South Wales. The Head of State is the Leader of the International Micronational Mapping Org

The office of the President is not currently being held by anyone. 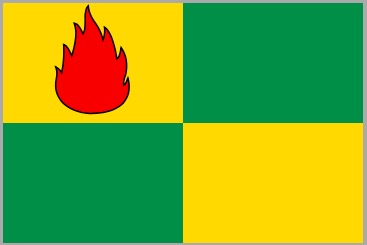 The Flag of the Republic of Macéyon is split up into 4 sections, two green and two yellow, The green and yellow represent the Australian land and the inhabitant's passions to succeed in all that they do, the flame in the canton is red with a black outline meaning the fire of our souls to protect the nation and its people. The black, red and yellow represent the indigenous peoples. (according to its Constitution [1]

1. All nations are requested to have a map using the My Map service by google.

2. All nations are to have an existing government and is active in running their nation.

3. All nations have existed for 30 days.

4. All nations are not currently in war unless they have existed for more than 2 year.

a. Please note, the claimed lands during war times will not be shown until such war(s) are finished, and it is agreed on by the parties involved.

RIGHTS OF THE ORGANIZATION The Organization reserves the right to:

1. Delete any nation that has not been conducting governmental business for 1 year.

2. Add any nation that meets the requirements above

3. Add to or take away the requirements above at its own will.