The main island (Oeno), about 0.5 square kilometres (120 acres) in area, has forest and scrub with pandanus and palm trees. It is located in the southwest part of the atoll's lagoon. There is a water tap installed on the island. The maximum elevation is less than 5 metres (16 ft). Three smaller islets are to the south and west of the main island. 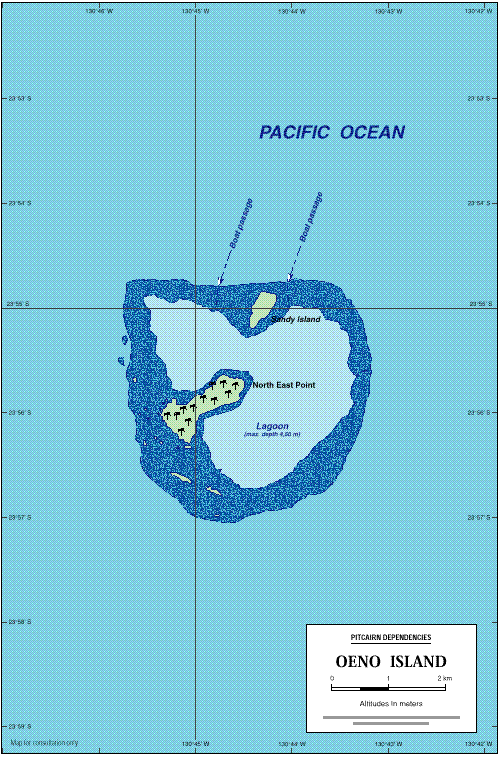 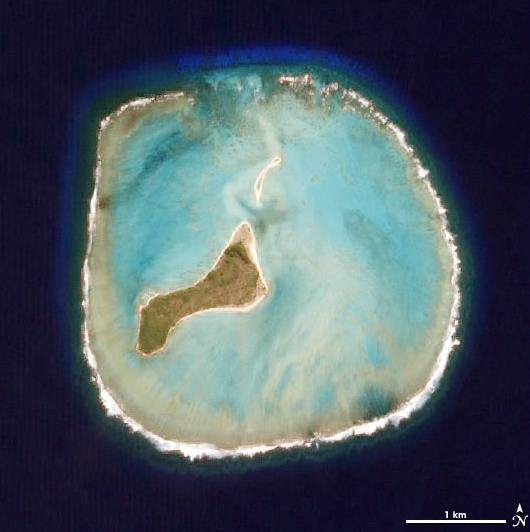