Matthew Burklandssen had previously started a micronation in his bedroom but it was decided it wasn't it wasn't enough. He had discovered MicroWiki and thought it was a great place to start a new micronation.

On May 2011, the flag of the ComradeMr Republic changed because Leader Matthew Burklandssen didn't like the rectangular shape of flags. However, he had the flag changed again in June 2011 just before "The Rebirth."

On June 13, 2011, the Meritocratic Party had received a seat in the Legislature. The National Anthem had also changed, and the Second Legislature was starting. 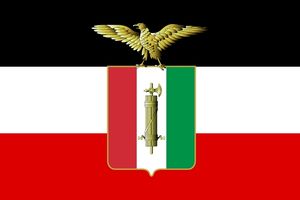 Before 22:30 UTC, ComradeMr I had attempted a fascist dictatorial reformation of the state at 22:30 minute, this was done offline. The dictatorship was created because it was considered was too late for an April Fools' Joke. This showed the lack of seriousness in the former ComradeMr Republic.

On 22:31 UTC, ComradeMr I led a revolution against himself and everything went back to the previous state of Democracy.

The ComradeMr Republic adopted Natlandism as a system of governance on June 27, 2011. Later, Natlandism was abandoned and the nation's name changed to the Marxist People's Republic of Burkland because the name was considered "selfish." 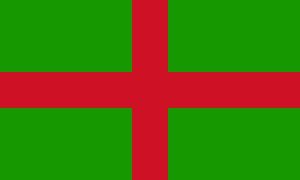 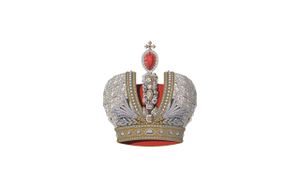 This was the area that were the king and president (both the same person) reigned.

Both are to the tune of L'Internationale.

We are fighting the reactionaries without violence;
for love is part of the battle.
Long live people and freedom!

Natlandism for micronations forever more,
we have a long way to go to make us purely Natlandist.

We do not give power to any who hate freedom and liberties;
Orwellianism is illegal here!

The Song of the President