The Kingdom of Morkskovia is a small enclave of the U.S. state of Pennsylvania. It lies in the Northeastern region and is slightly larger than the British Dependency of Gibraltar, and growing. The current head of state is King Heath of the House of DeGarmeaux, who also heads the armed forces jointly with his second-in-command General Daniel Brown of the Royal Morkskovian Army.

The Kingdom of Morkskovia was formally founded on December the Fourteenth, 2008 by the King and General, amid fears of Dictatorial World-Government and Human Rights infringement, and has grown to 174 citizens since that time. During the time between, many strides were accomplished to further the Kingdom's ability to function normally. In January 2009, the first Morkskovian Constitution was drafted and signed by Thirty citizens, including the King. Construction started on the Morkskovian Capitol Building the same week. In December 2009, the first Morkskovian ambassador was appointed, and acts as Ambassador to Germany and the German-Speaking Countries. The first Morkskovia day was celebrated on December 14, 2009, by many of the people, decked in Black and Royal Purple. This milestone marked the first full year of Morkskovian existence. Constitutional Referendum was held in November 2010 and Morkskovia's first functional constitution came into effect on Morkskovia Day 2010

The Kingdom's official stance is not that of a micronation. The Kingdom of Morkskovia is and will forever be viewed by its government and citizens as a real country, and as such wishes to seek recognition by other macronations. However, for now, Morksovia remains a micronational state.

The Kingdom of Morkskovia is governed by a Constitution, ensuring the rights of the people protection from any possible tyranny that could occur under their King's leadership, or any future monarch of the dynasty. The Constitution allows the people freedom of speech, religion, thought, political standing, sexual orientation, and privacy. Another key feature of the political structure of Morkskovia is that there is no Senate or Parliament, or House of Representatives. The people represent themselves, and popular vote is the deciding factor when a vote is held. The people vote on laws, mainly. They also vote on whether or not their land declares war, although the issue has never come up as of yet.

Basically any law the King writes up must be voted on by the people and passed by a majority if it is to be effected. If the people vote against any law proposed by the Monarch, the law will be null and void. Another thing the people can do is propose laws to the King. When this occurs, the King will call a vote if he feels the law necessary, and the people will vote whether or not to effect said law. If the King feels the law unnecessary, this does not mean it can never be passed, it simply means that individual communities will have to make it a local law. National law is reserved for very important legislature.

The Judicial System of Morkskovia is a relatively simple one. The Judge is never paid, nor is the jury, to ensure there be no corruption. The court is only used to judge persons charged of a crime. Punishment is decided according to the crime committed. If the crime is particularly terrible, such as anything violating the Base Laws of the Kingdom, the sentence may be death. Any other crime will be punished by a number of hours of Public Service labour without pay, and if the labour is poorly done, further labour will be assigned. If the labour is particularly well-done and the crime was not very serious, the criminal's record may be expunged after a period of Three (3) years with no further criminal activity.

The King and/or Queen heads the Executive part of Morkskovian Government. The Monarch(s) serve(s) the people, and it is the duty of the Monarch or Monarchs to protect them while ensuring they are given their rights. Roles of the King or Queen include Commander-in-chief of the Royal Army, Chief Diplomat, Declarer of war so long as the people approve said declaration, and many other roles. The people may vote a monarch out of his or her post if 95% of the citizens believe that the current head(s) of state infringe(s) their human rights and is tyrannical. In this way, tyranny is nearly impossible. 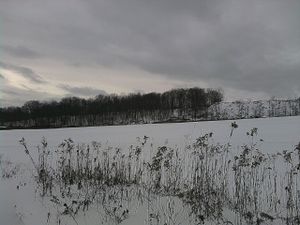 The Kingdom's climate is a cold temperate climate, with considerably more below-freezing temperatures, owing to the elevation above 1500 feet in places. In the summer, the temperature seldom exceeds 90 Degrees Fahrenheit, and humidity is exceptionally high.

The people of Morkskovia, called Morkskovians, have a rich heritage and unique culture. Since the late 18th century, the people living in the area have developed their own ways. The first television set in the area didn't arrive until the late fifties, and the largest city, Silvara, was totally isolated from the outside world until 1914, when a road was built from there to the Susquehanna River. The people are very tight-knit and hospitable, and an overall friendly atmosphere dominates. Music is a huge part of Morkskovian life, and many Morkskovians are musicians in some way, shape, or form. The general attitude of the people is laid-back but hard-working. Honesty is a key value, and the people realize the value of work.

The economy of Morkskovia is NOT money-based. The people are given sufficient space to grow what they need and anything they don't manage to get themselves, they will receive from the Government. Supplies and food are either grown or traded for. The bartering system is alive and well in Morkskovia, because money only ever causes corruption and conflict. Corruption and conflict is also being prevented in that political figures do not get paid for their political positions. Basically how the economy is rated is on a scale of 1–10, where 1 is very poor and the people are not faring well, and 10 is where everyone has what they need. The current situation within the Kingdom's secure zone is roughly a 9.7.

Just because there is no money doesn't mean there are no jobs. Part of why the bartering system can work is because people specialise their work, and have a surplus of things that other people may have none of, but have a surplus of something else. Then if one party needs something the other has, they may organise a trade between themselves, under the condition that both parties have their wits about them (i.e. No trades while drunk).

In early 2010, the Emperor of New Europe, Wilhelm I, made contact with King Heath, stating that Morkskovian Territory was owned by New Europe, and offering King Heath control of the entire state of Pennsylvania in exchange for Morkskovia being absorbed into New Europe. The King flatly declined the offer on the grounds that 1) His people would not be safe under the rule of strange people, 2) New Europe has no right to grant King Heath rule over an entire state that does not recognise New Europe's existence, 3) Morkskovia does not formally recognise New Europe's legitimacy as a nation, 4) Morkskovia's founding date is rather earlier than that of New Europe, and 5) Morkskovian interests horribly clash with those of New Europeans. The King did desire to open some sort of communication so as to learn more about New Europe, and get to know the Emperor, but as of yet no such communication has been made between the two parties.

While business remained as usual for the most part, several events happened in the mid-summer and on. General Brown moved his residence from the Appalachian area to the Catskill area in early August. The tail end of August into the first week of September saw catastrophic flooding in the Susquehanna river basin in Morkskovia's Appalachian area. River levels in Scranton crested four feet higher than they did in 1972's great flood, however Scranton avoided much of the damage potential through use of floodwalls constructed after 72's flood. Upstream on the North Branch, towns along the river were all but destroyed. The United States provided some relief through the U.S. Red Cross and deployment of troops of the Old Pennsylvania Guard. Damage estimates are well upward of 1 Billion US Dollars.

Included in the flood damage was the Morkskovian Capitol of Clapper Hill. All Morkskovian Administrative buildings in the forest capitol were destroyed by the creek running through town, whose level rose more than fifteen feet, from three feet to eighteen feet, four inches at the crest. Due to this disaster, Morkskovian administration since September 5 has been operated from the Mountain Palace atop the Hill. There are no plans for reconstruction of the Old Capitol Stockade at present, however there are plans in the works for conversion of the Royal Estate into a new fortress from which Morkskovian affairs can be dealt with and the people can more easily access the King with their affairs.