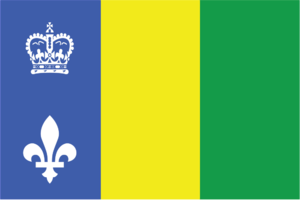 It achieved a certain notoriety when its citizens held a referendum on January 21, 1997, to turn the village into the Le Royaume de L'Anse-Saint-Jean, (Kingdom of L'Anse-Saint-Jean) the continent's first "municipal monarchy." The monarchists won 73.9% of the vote, with Denys Tremblay becoming King Denys I. The king was crowned on June 24, Saint-Jean-Baptiste Day, in the Église Saint-Jean-Baptiste, and announced plans to build a "vegetable oratory," Saint-Jean-du-Millénaire (Saint John of the Millennium). This micronational project was cheerfully conceded to be a way of boosting tourism in the region, which had been hit by the floods on the Saguenay river in 1996.