From MicroWiki, the free micronational encyclopædia
(Redirected from Jessie, Queen of Vannfjell)
Jump to navigation Jump to search

Jessie (Jessie Lynn; born 25 June 1996) is the Queen of Vannfjell. She ascended the throne upon the abdication of her mother, Diana, on 21 February 2020. The youngest child of Diana, Queen Mother of Vannfjell and her ex-husband Scott Parnell, the former Count of Illinsylvania, Jessie was chosen as Crown Princess in 2010, four years after her mother's accession following the death of her grandfather King Robert in 2006.

Soon after being sworn in as Queen on 21 February 2020, Jessie had the Line of Succession changed to follow absolute primogeniture, thus her heir presumptive is her older sister, Princess Marissa. However, should the queen marry and have issue, her eldest child will be named heir to the throne.

As queen, Jessie has chosen not to take sides in politics, and has chosen to limit her powers, deciding to make decisions such as signing off on legislation, the appointment of the prime minister, and as head of the House of Parnell-Daniel to make decisions concerning titles and positions for its members, and creating titles for members of the Vannfjelli Peerage.

Princess Jessie was born on 25 June 1996 at St. Thomas More Hospital in Cañon City, Colorado to the then-Crown Princess Diana and then-Prince Scott, Earl of Dennapolis. She has three older sisters Princess Marissa (born 1985), Princess Brittney (born 1987), and Princess Chellby (born 1991). Her parents divorced in 2004, and she was primarily raised by her father, which she referred to as the "worst period of her life," revealing that she had been abused by him on more than one occasion. On 1 August 2006, Jessie's grandfather, King Robert, affectionately referred to as "Grampy" by herself and her sisters, died from a brain tumor and Diana ascended the throne. On 6 July 2010, at age 14, Jessie was named Crown Princess of Vannfjell.

Jessie had been a member of several clubs and choirs throughout her school life. She graduated from Harrison High School in Colorado Springs in 2015. Her classmate throughout high school was Trystan Cline, with whom she maintains a friendship with to this day. After graduating from high school, Jessie chose not to attend college, in spite of the fact that she had been accepted to community colleges in Colorado and one in the state of Ohio. She cited the cost of tuition and the stress and anxiety she had suffered throughout high school as the main reason for refusing to go to college.

The queen has been a practitioner of Shinto since Summer 2010, converting from Christianity after the suicide of a friend in May of that year.

Jessie enjoys learning Japanese, singing and anything involved with music, watching television (mainly comedy shows Impractical Jokers and Whose Line Is It Anyway? and anime), watching Game Grumps on YouTube, and playing video games. She also enjoys drawing, writing stories and biographies, performing on stage, and going out to eat.

One of the queen's most-known causes is helping to find missing children. In July 2014, the then-Crown Princess participated in a justice walk to help raise awareness and support for the family of Christopher Abeyta, an infant abducted in July of 1986 from his crib in Colorado Springs, and has been missing for over 30 years. She has said that she wants to create a hotline for tips and information on the whereabouts of missing children.

Jessie has also expressed a desire to create a Kagai to introduce the Geiko profession to girls and women who otherwise wouldn't have had the opportunity to travel to Japan to experience or train in the profession.

Jessie has written stories and mostly publishes on the website Wattpad.

The same day as the 2 January 2021 publication, it was announced that Inside the Mind of Michelle Emersen would be placed on indefinite hold. 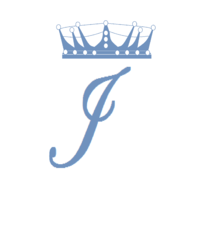 Jessie's full style is Her Majesty, Queen Jessie Lynn of the Peaceful and Loving Kingdom of Vannfjell

Jessie's ancestry traces back to infamous outlaw Jesse James on her father's side, and to Sarah Daniel, a former Welsh princess who gave up her title to marry Thomas Daniel, an ancestor on her mother's side.