The Jaris war was a recwar which occurred in 2005 in Shireroth. It involved Antica, Babkha, and Shireroth. It used the SNARL recwar rule set, and was a big hit with all of its participants. Considered a very successful civil recwar, the Jaris war is often quoted as being a very successful war for both sides in the amount of civility and the lack of prolonged verbal strife between the combatants and their respectful sides.

The events that led up to the war were long-standing and were inevitably going to lead to war between the two micronational superpowers on Micras at the time: Babkha and its parent Grand Commonwealth, and Shireroth with its SPEAR Alliance. The war was mainly fought on the Shirithian Island of Jaris (and the surrounding area) with the Grand Commonwealth pouring in its troops from both mainland Babkha and the Terre de Riches. The war came during the beginning of the Antican schism that eventually tore Antica into two competing entities.

The dates of the beginning and end of the Jaris war have unfortunately been lost to time, but the Jaris War forums begin at August 7, 2005 and end at September 11, 2005.

The Jaris War opened up militarily after Osman Shahanshah of the Kingdom of Babkha gave authorization for joint Commonwealth air strikes to begin on Antican and later Shirithian Targets. Mainly the City of Philban, and the Antican Island and Capital, Nafticon. Immediately thereafter Babkha began a blockade of the Jaris Inlet. With this set aside the beginning of the invasion of Jaris and its surrounding islands began to unfold.

The Narwhal's Tusk & The Meeting of the Minds

The Narwhal's Tusk was the name given to the opening of a new front on the southern end of the Terre De Riches by Shirithian forces. The Narwhal's tusk was an operation designed to help blunt the attack on Jaris by flanking the forces in the Terre de Riches and forcing them to protect their land rather then supporting the assault on Jaris itself. This ensured that much fighting that could of taken place on Jaris instead took place on Grand Commonwealth land early in the war. The Front opened with a sea landing from the Shirithian Islands to the south. The Battle itself was bloody with Shireroth loosing many men and a large chunk of its air force. The urban Battle of Miska was compounded by the fact that both sides kept pouring in more troops. However, the Shirithians were able to hold the area throughout the war. Miska and Acre were to remain in SPEAR hands throughout much of the war, until a counterattack by the Commonwealth forces, under Ardashir Khan, took back the area for the commonwealth in the Battle of Miska.

The Conquest of Jaris

The Flag of Shireroth

The Conquest of Jaris began with a aea battle between the Antican First Battlegroup and the invasion forces lead by Alexandria and Babkha. The Antican Battlegroup was soundly defeated which allowed the Commonwealth Forces access to the outlying Islands of Jaris and then Jaris itself. The Invasion was spearheaded by Edgard of Alexandria who quickly conquered much land on Jaris itself. Eventually the lines spread far enough north for Edgard to attack the principle Jaris city of Philbin.

The Battle in The Skies

The Flag of the Grand Commonwealth

All throughout the Jaris war much planning and work went into the air forces on both sides. The majority of the bombing and strafing done by Commonwealth and SPEAR pilots was mainly towards objective of gaining air superiority. Thanks to the tactics of the Commonwealths Generals, Shireroth failed to gain or maintain any sort of air supremacy despite possessing a more capable air force. This would contribute greatly to the Shirithian defeat.

Quite possibly the biggest reason that Shireroth lost the Jaris War was due to the inability of its fellow SPEAR alliance member Antica to properly mobilise. Instead Antica was incapacitated with the rebellion that would grow into the Antican Schism. Due to these problems so early in the war, the Antican army wasn't mobilised save for Foghorn's Elite Naval infantry which could deal with the onslaught of an entire armed and trained force. Had Antica mobilised it could of been possible that The Grand Commonwealth would of been entirely pushed off of the Terre De Riches and the war ended with a SPEAR victory. Another great problem that Shireroth had to deal with was the superior number of forces it faced. Shireroth had to deal with nearly double the amount of troops that it alone could muster with some SPEAR aid. 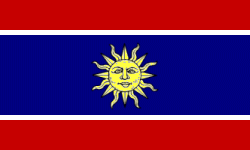 Flag of the Kingdom of Babkha

Another significant factor for Shirithian defeat was the inability for the Shirithian Air Force to actively create and control air supremacy in the theatre of battle. This was mainly due to Shireroth not employing its air force as much as the Commonwealth was able to (a result of control factors). The Commonwealth also had superior leadership in this respect. Extreme of Karnali was able to destroy many targets very quickly and effectively allowing him to gain much experience in air war. His units were among the most experienced in the war.

Another problem with the SPEAR forces presented in the fact that the alliance focused far more on character development rather than war development. As a result, the Grand Commonwealth was able to respond very quickly and effectively to many situations, allowing it to get ahead in most battles before Shireroth was able to inflict good damage on the Commonwealth's troops.

Hindrances to the Grand Commonwealth 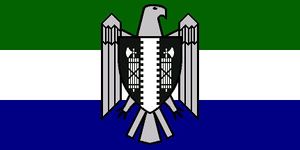 Flag of the Dinarchy of Antica

Even though Shireroth wasn't in the best shape during the war, it did put up good defence in the Siege of Acre. The Shirithian navy also proved that even with its losses, it could be a worthy opponent as throughout the war it would engage Commonwealth ships and put forward a noticeable resistance. During the Battle of the Karaman Isle the Grand Commonwealth lost an entire carrier group when a Shirithian Battlefleet was able to get close enough to employ mass torpedoes.

The War in Review

The recwar was widely-acclaimed by all commanders involved and is quoted quite often in other wars. Many modern micronations draw much experience from the conflict, and quite often similar situations have occurred in other wars. The Circum-Raynor War that took place a year later had an incident not unlike one in the Jaris War where Karnali Commandos were able to steal the enemy's most powerful aircraft. In the Jaris War, this aircraft was a Shirithian stealth bomber, while in the Circum-Raynor War it was the RA-01 Ragnarok.