The Empire of Kleinebayern is a micronation in the United States.

Kleinebayern's name comes from the German language and can be translated into English as either Small Bavaria, Little Bavaria, or the official state translation: Lesser Bavaria.

Sierra can trace it's lineage back to the Confederate Union, which was dismantled for it's secessionist views.

The Great Republic of Sierra was founded with a non-formal constitution, and was very active within its own borders without any contact with other micronations.

On August 22, 2011, President David of the Republic of Ultamiya, accepted an alliance and was Sierra's first alliance.

In late December, the Tax Act of December, 2011 was enacted with the rate of twelve Sierran marks per month.

7 August 2012, the Great Republic of Sierra joined the Crusade of the Eternal Purge which ended on the 13th of August that same year.

28 August 2012, the Great Republic of Sierra became a Beobachterstaat (Observer-State) of the Saxon Empire.

Due to an extreme amount of inactivity in the citizenry, the Kaiser-Präsident decided to dissolve the Federal Republic of Sierra. In it's place, Kleinebayern was formed, relinquishing it's Territories of Große-Düsseldorf and Düsseldorf. A more contiguous Territory is to be achieved.

After the Treaty of York, Kleinebayern joined its West Germanian allies in a war against New Israel on 21 July 2014.

Territories make up the largest political body of Kleinebayern outside of the government of the nation. Larger territories are lead by Erzherzoge (Archdukes), while smaller ones are lead by Herzoge (Dukes), and smaller ones still are lead by Grafe(Counts). Therefore, the territories, depending on their leader, become Erzherzogtume, Herzogtume, or Grafschafte. Titles after that are 'Freiherr' or 'Freifrau,' or simply, 'Herr' or 'Frau.' There are no titles under that. 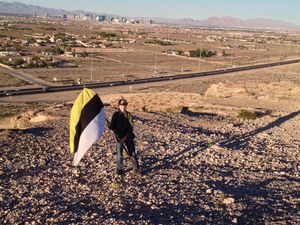 Hauptstadt Entrance Arch (de: Hauptstadt Eingang Bogen) serves as the capital of Kleinebayern and was also the capital of Kleinebayern's predecessor; Sierra. From 21 December 2013 - 10 January 2014, Entrance Arch was renamed 'Entrance Arch Interim' in which the capital's territory was to be changed to a different location, in which it was to annex the new capital's territory and claim both the old and to-be new capital. The interim capital was dissestablished as the old capital was completely removed from Kleinebayerische possesions. 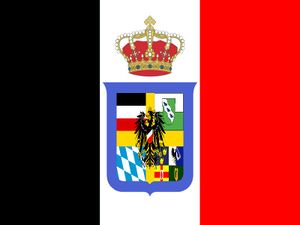 Flag of Hauptstadt Entrance Arch, as well as the interim capital 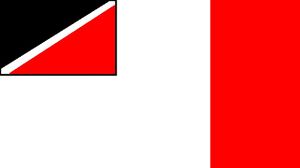 The flag of Herzogtum East Sierra

Herzogtum East Sierra (de: Herzogtum Ostsierra) is a territory located in the American state if Louisiana, within the City of Monroe. 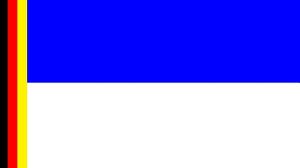 Friedrichstadt is a military territory located approximately 5.5 kilometers from Hauptstadt Entrance Arch. This territory includes Fort Darzev, a defensive formation of rocks. It is governed by the Kleinebayerische Streitkräfte Kabinett, the military cabinet of Kleinebayern. 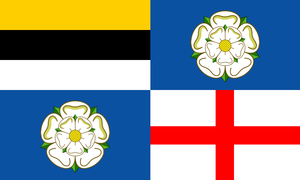 Sierralische Antarktische Kolonie is a colony located in Antarctica, and is the vastest area in the nation. 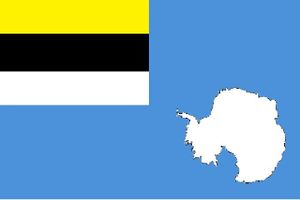