The Empire of D'visa (pronounced [d'vɪsæ]) is a micronation and absolute monarchy in North America with several Colonial territories located on other continents, as well as on islands in the Pacific and Atlantic oceans. Provencal D'visa extends from the northern coast of the Gulf of Mexico through the Colorado Rockies and Mojave Desert to the California Coast of North America. It is bordered by the United States in the north and by Mexico in the south. In addition to these borders on the North American continent, the Empire has land borders with the United Kingdom through Glenfinnan, Tulloch and Richmond, Panama through Panama territory, New Zealand and Chile through Marie Byrd Land, Egypt through Suez, Germany through Neuschwanstein, Hungary through Buda, and with South Korea, China, and Russia thorugh the North Korean Military District. In July 2011, His Imperial Majesty extended diplomatic relations to the United Nations.

The Empire's History can be traced to The Stoop, an organization established by miscreants Dan McLeod, Dietrich Wertz, Ryan McCarty and Jenifer Boullé at a Dallas high school. One of it's members, Michael Davis, a descendant of ancient European nobility, was appointed President by his predecessor, Philip Villalobos. Immediately, he assumed the title Emperor of the Stoop, and enacted a series of reforms. Another member, Pope Nicholas Campagna, turned reactionary and attempted a coup d'état. After a short civil war, The Stoop adopted a counsel government, by which the five Officers would govern together. This system lasted until 2011, when Connor Riley, the last Officer of the Stoop, graduated and ascended to the position of an Outer King, effectively ending the organization. Davis went on to found the now defunct cyber-nations of Terra_V (a democratic-republic) and Masseern (a totalitarian socialist dictatorship). In 2009, Davis was made a Barron of Sealand. In 2011, after receiving a ticket for speeding, Davis (now Emperor Michael) issued Imperial Edict No. 1, founding the Empire of D'visa, and began forming an aristocratic government. 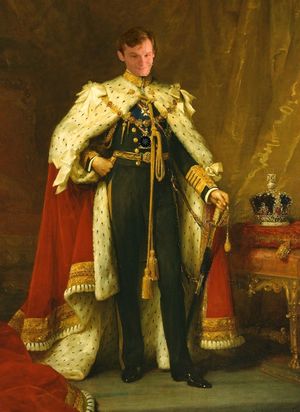 The Empire is an absolute monarchy ruled by HIM Emperor Michael of D'visa. Although technically the entire Empire is the personal property of the Sovereign, his authority has been devolved into a three branch State government, consisting of an executive Imperial Cabinet, a legislative Imperial Parliament, and a judicial Imperial High Court, as well as several Provencal and Colonial administrations and elected Municipal governments.

the Imperial Cabinet is an advisory and administrative counsel of the seven Great Officers of State, directly appointed by the Sovereign. As of September 1, 2012 they are:

During a regency (ie. the Sovereign is not yet of age to rule or otherwise incapacitated), the normally courtesy title of Protector of the Realm is transferred to the Imperial Chancellor, who Rules in the Sovereign's Name until the legitimate Sovereign can rule, and member of the Imperial Family is selected as Regent for ceremonial and state occasions.

The Civil Administrator is charged with managing the Provencal government. Each Provence has several appointed Judges, a Sheriff, a Provencal Attorney, and a Providential Comptroller, as well as one or more elected Municipal Governments. The Provence's citizenry may elect a representative to an Imperial Parliament when called to assemble. Each Provence and Municipality is administratively subdivided into Civil Districts and Precincts. Territory utilized by the State government is not part of any Provence. The Colonial Administrator is charged with managing the former territory of the Stoop, as well as the Empire's colonies of Samoa, Wake Island, Suez, Panama, Nassau, Glenfinnan, Tulloch, Richmond, Neuschwanstein, Buda, and Marie Byrd Land. The North Korean Unified Military District, a Colonial territory, is under the administration of the Commander of the Unified Military District of North Korea. Colonies are granted a great deal of autonomy, though they are still ultimately accountable to the State government and the Sovereign.

D'visan law is a Civil Law system. All persons in D'visa (apart from diplomats and the Sovereign Himself) are subject to the Sovereign's Law. The State is not required to provide a jury, nor a counsel for the defendant, but generally does both. Some important legal concepts to note are:

There are five classes of crimes: Treasonous, Capital, Felonious, Misdemeanor and Procedural. Treasonous crimes are committed against the Sovereign and/or State, and includes the murder of State officials, as well as Nazisim. These crimes generally carry the death sentence, although life imprisonment is an option. Capital Crimes include murder of Commoners, and may be punishable by death or extremely long prison sentences. Felonies are a broad scope of serious crimes, and carry the penalty of long term imprisonment. Misdemeanors are less serious, and may be punished by short jail sentences, required community service, or fines. Procedural crimes are the least serious, and are universally punished by fines or required community service.

The Empire recognizes the sovereignty of all U.N. member states (except the North Korea, Samoa, Jamaica, Beliz, Cuba, nor any other State's territorial clams to Imperial territory), as well as Tibet, the Vatican, the Republic of Kosovo, Palestine, the Republic of China (Taiwan), the Principality of Sealand, Christiania, The Tsardom of Monovia, the Republic of Molossia, Ladonia, the Kingdom of Lovely, the Conch Republic, the Principality of Hutt River, the Republic of Minerva, the Zapatistas, the Independent Nation of John-Greensylvania, the Confederation of Leylandiistan & Gurvata and the Sovereign Military Order of Malta. The Sovereign has agreed, in principle, to the Geneva Conventions, the UN Charter, the Antarctic Treaty System, the Vienna Conventions, the Outer Space Treaty, the Law of the Sea, the Luna Treaty, the Nuclear Non-Proliferation Treaty, the Patent Cooperation Treaty, Seabed Arms Control Treaty, Biological Weapons Convention, the Montreal Protocol, the Kyoto Protocol, the Rome Statute, and the Universal Declaration of Human Rights. The Empire has applied for U.N. membership. 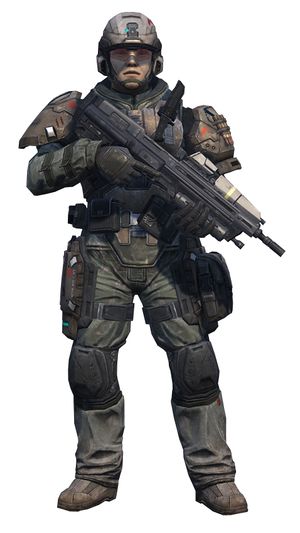 a Soldier of the 3rd Infantry Division of the Imperial Army

The Nation is divided into two classes of citizenry: the Commons and the Nobles. Slavery and Serfdom are currently illegal in D'visa. Commons are legal permanent residents of the Empire, while Nobles are individuals who the Emperor has invested with a Title of Nobility. These Titles give their bearers an automatic seat in any Imperial Parliament, make them eligible for Great Office of State, the ability to sit as a Judge on the Imperial High Court, is a prerequisite to be promoted to a Flag Officer rank in the military, as well as gives them the the right to bear Heraldry. The Styles and Ranks of the Nobility are:

Order of the Black Rose

There is also a Chivalric Order of the Black Rose, ceremonially lead by the Knight-Commander (KCBR) in the Sovereign's Name, who's members are comprised of all the Nobility and members of the Military and Police forces. They are entitled to the Rank of Knight (KBR).