Chiiryno is the incumbent Mayor of Mos Engadine and hence both Head of State and Government of the nation. He has led the nation since its inception and was elected as leader on the 28th September just before the nations foundation. He has an interest in many aspects of the nation outside of the Government; he assisted in trade by creating the Two Towe 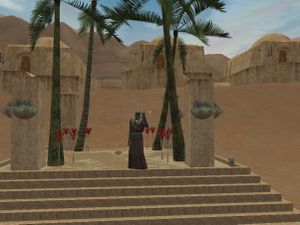 rs factories to allow the nation to produce and export goods, he assisted the military in its foundation rising to the rank of 2nd Lieutenant and he also assisted the nation's Jedi religion to grow. In real life his name is Mark L. however like most Engadons he prefers to use the in game name as an alias.