The Order of Carthage was established by Grand Duke Andrew in early 2001. It was the first order for which Empress Arlene did not serve as the Font of Honor.

In late 2003, the Empress declared that the newly established Carthagean Order of the Rosy Cross be disbanded. In protest of this decision, Grand Duke Andrew broke off contact with all persons within the Empire of Agber. After months of unsuccessfully attempting to reach the absentee Grand Duke, Empress Arlene revoked all of his titles and awards. As part of this sequence of events, all remaining pieces of the original regalia for the Order of the White Lion were lost to Carthage. As these pieces were funded by the former Grand Duke, Empress Arlene found this unfortunate, but acceptable. A number of recipient's names have been likely been lost as a result of this, as well. The missing pieces are assumed to still be in the former Grand Duke's possession.

When the Grand Duchy of Carthage was dissolved on 5 April 2021, Queen Barbara of Maevis sought permission from Emperor Devon of Agber and Protector Ashleigh Sinodis for the the honor to be transferred to the Maevyn system, rather than being allowed to go defunct. To reflect the fact that its existence predates the Kingdom to which it belongs, its name was changed to the Ancient Order of the White Lion.

The current Sovereign and font of honor for the order is Queen Barbara, as the reigning monarch of Maevis. While her current rank of Dame Grand Cross officially is equal in precedence with others who hold that rank, her status as Member Ex-Officio gives her functional precedence within the order. 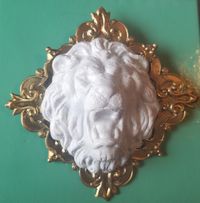 The rank of Knight or Dame Commander has not been awarded since 2001, as a result of the loss of the original regalia, or a supplier for additional pieces. There has been discussion of redesigning the regalia for this rank, but no actions have been taken as of May 2020.