From MicroWiki, the free micronational encyclopædia
(Redirected from Taipan)
Jump to navigation Jump to search

Sinorea consists a federal parliamentary constitutional monarchy. About 10% of Sinorea's claim is mostly claimed but uncontrolled. Nan Lian is the capital city and seat of government located in the Sinorean Capital territory. Sinorea has claimed complete independence since 18 October 2013, the day when the country was declared.

Sinorea consists of three states and one mainland territory: Sai Kung, Nam Kwan, Bak Kui and the Sinorean Capital Territory. The regions are subdivided into federal states, each represented by a council which advises the government on local matters such as public facilities, community programmes, cultural activities, and environmental improvements.

Sinorea's history goes back since the Treaty of Nanking. King Yonghui has declared the Commonwealth of Sinorea to be the successor to British Hong Kong that ceased to exist in 1997. Today, most of Sinorea's political influence is based on the former British colony.

The English word Sinorea derives from China in Latin and Korea in English (Sino and rea); the country's cultural influences came from China and Korea. However, the first dynasty of Sinorea were the House of Yi; former Korean monarchs who were proclaimed allegiance as the royal family of Sinorea by the government from 2013 to 2016, although Queen Haewon did not recognize her reign in Sinorea.

The official name of the modern country is the Commonwealth of Sinorea (hanzi: 香华联邦; hangul: 향화연방; pinyin: Xiānghuá Liánbāng; jyutping: Heungwa Luenbong; RR: Hyanghwa Yeonbang). The common Mandarin names for the country are Xiāngguó (Hanzi: 香国, from Xiāng, fragrant, and guó, "state" or "states", and in modern times, "nation") and Xiānghuá (Hanzi: 香华), although the country's official name has been changed numerous times by successive dynasties and modern governments. The term 'Xiāngguó appeared in various ancient texts, such as the Classic of History. The term, which can be either singular or plural, referred to the group of states or provinces in the central land, but was not used as a name for the country as a whole until the nineteenth century. The Sinoreans were not unique in regarding their country as "central", with other civilizations having the same view of themselves. 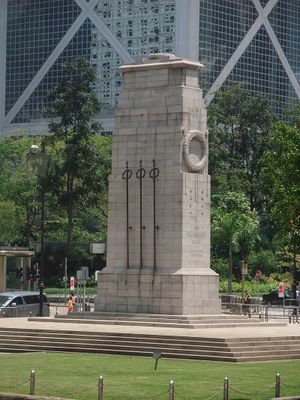 Due to the Hong Kong independence movement, instead of supporting the either the colonists or the independence supporters, the Sinorean Provisional Government decided to declare Eastern Hong Kong New Territories independency under a new state entity. Around May 2013, the Provisional Government instructed its followers to canvass support for the creation of the Kingdom of Sinorea. The Sinorean Provisional Government moved forward to separate the Eastern New Territories from Hong Kong, thus was not approved by the Hong Kong Government. On 18 October 2013, the the Kingdom of Sinorea was declared and to create an air of legitimacy, the government proclaimed its allegiance to Yi Hae-won, the contender to the Korean throne, to be the Queen of Sinorea. Despite Yi Hae-won was first to accede the throne, Yi Gu was awarded posthumously as the first King of Sinorea. However, Yi Hae-won's reign remained unrecognized by herself.

The Yi-Lee Transition took place in 2016, Queen Haewon was forced to abdicate in favor of the House of Lee due to inactivity and not recognizing her role as Queen. Yonghui succeeded the Sinorean throne on 3 March 2016, and during his reign the Kingdom of Sinorea became the Commonwealth of Sinorea, adopting political influences from Australia and the former British colony.