Danielland, officially the Republic of Danielland, is a micronation that was founded by its current leader, Trenton Daniel. It was founded on 3 February 2015, consisting of 4 territories, but has since grown to consist of some islands near the Gulf of Alaska, 3 Provinces and one territory in the state of Georgia, and an island off the coast of Antarctica.

The name Danielland is derived from the founders and first leaders of the country, the former royal family, The Daniel Family. Although the name came from the former government, it was kept through the transition to an Elective Dictatorship.

The Republic of Danielland was founded on 3 February 2015 by Trenton Daniel, consisting of 4 territories in the State of Georgia. It proceeded to create a Monarchy Government, In which Trenton Daniel was Prince, His Father, Lonnie Daniel serving as king. This government was not very productive, and it only lasted from 3 February 2015 to 13 February 2015 when the citizens claimed that they were unhappy that they did not get to vote or have say in the government. This resulted in the peaceful transition from a Monarchy to an Elective Dictatorship. The first President, Trenton Daniel was elected for a one year term, and the constitution was re-written. The Republic of Danielland continued to grow, and began using agriculture as a fuel for the very small economy. Many Daniellandic citizens had jobs in the United States, as well. Later, The Republic of Danielland created DASRA, which stands for Danielland Air and Space Research Administration. This proceeded to launching their first mission, Skyfire 1. Skyfire 1 was a hot air balloon to test the wind direction, but the candle mount was too heavy, and it never got off of the ground before burning up. More Skyfire missions were planned for the near future. Also, DASRA launched their first rocket, Ad Astra, which was a huge success. It carried a Grasshopper astronaut about 300 feet into the air. As with Skyfire, more rocket missions are planned for the near future. As of other government agencies, The Danielland Post, the Danielland News, the Danielland Military Academy, the Danielland Ministry of Defense, the Danielland Films Company, the Danielland Secret Service, the Danielland Environmental Protection Agency, and more were created, all of which the president is in charge of. Recently, 2 island chains near the Gulf of Alaska were claimed by the Republic of Danielland, as well as an island off the coast of Antarctica. The islands were deemed off limits and a protected area by the Daniellandic Government in an effort to preserve the island's environments.

The Daniellandic government is an Elective Dictatorship. This means that the citizens elect their leader, but the elected leader is in charge of the entire country and all government agencies. The vice president and governor of each province is appointed by the president. The president's terms last only one year, however there are no limits to how many terms one president may serve. The president can be re-elected forever, or, if there is no competition, the president automatically continues serving as president.

The Republic of Danielland has a list of laws that should be followed in the country, and a Police force to ensure that they are. The Daniellandic police force consists of many patrol men and women, as well as golf carts and ATVs that regularly patrol the country. They are in charge of border security as well. The Daniellandic Government has recently added three new drones to the police force that will fly around provinces, for security. They are equipped with cameras. 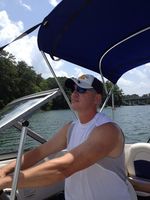 The Republic of Danielland operates an Army and a Navy. The Army consists of many soldiers trained on how to operate guns, and the police force and police vehicles will be considered part of the Army should a conflict arise. The navy consists of 4 vessels, 3 of which are small enough to operate in one on the 2 lakes in the Republic of Danielland. One of those 4 vessels, the DNS (Danielland Navy Ship) Miranda Lamboat is on a trailer that can be pulled by government vehicles to any location that it is needed. They have no air force, but the army is in charge of some rockets that can be used in defense if necessary.

The Republic of Danielland has a somewhat flat landscape, as there is no mountainous or extreme terrain. It is mostly just grassland, small hills, and many forest areas. It has a somewhat mild climate as well, with a cool or cold winter, and a warm or hot summer. It is located in the Temperate Deciduous Forest.

The Daniellandic economy is a command economy, meaning that most businesses are controlled by the government. It is mostly fueled by agriculture, but the government is open to many more industries coming in, such as lumber, and bottling water fresh from vines near Vine City in the Great Vine Forest in Daniel Province. Most Daniellandic citizens have or had jobs in the United States.

The Daniellandic Government operates the only news company in the country, Danielland News. They regularly post articles on their webpage about events that have recently been happening in the Republic of Danielland. It has been proposed that they start distributing papers to mailboxes in the country, but as of now this has not happened.